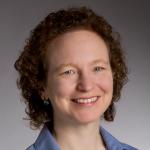 My son is 13 years old, and the current election will likely be the first one he remembers into adulthood. There are therefore a few things I want to make sure he understands.

Not all elections are like this. Most of the time, despite impassioned debates and even negative campaigning, candidates have not descended to the level of name-calling and overt racism and sexism of Donald Trump. Our democratic process allows for multiple voices and opinions, but our country’s values urge respect.

Bullying and name-calling are wrong. Trump’s speeches and tweets include frequent use of “dumb,” “dopey,” and other insults. If I hear you using such words in public about people, you’re going to spend a long time banned from your video games. If you ever use the word “deplorable,” as Hillary Clinton did when referring to half of Trump’s supporters, apply it to a specific action by someone, rather than to the person themselves or a group of which they are part. If you slip up here, apologize as she did.

More: My boss has a Donald Trump personality, and I don’t know how to defend him

Racism is wrong and still exists. Although Barack Obama is the only president you remember, his achievement does not mean all is good for people of color in our country. Neither is it all bad, despite Trump’s conflation that Black communities are all impoverished and crime-ridden inner cities. Trump’s view of races, religions, and ethnicities other than his own is a skewed one. The vast majority of Mexican immigrants are not criminals, drug dealers or rapists. Muslim citizens have died defending our country, and not all Muslim women cower behind their husbands. Not all people of a certain race act or think the same way, and it is wrong to talk about “the Blacks” or other groups as if they do. Do not tokenize your friends of color as Donald Trump did at a rally, saying of one attendee, “Look at my African American over here.”

Women are not objects for your pleasure. You are entering the age range when you might start dating, and you seem to be straight, so this is important. I know talking with your moms about dating makes you squirm, but hear me out. (Trust me, I feel weird, too, thinking about the boy whose diaper I changed being old enough to date.) Any girl (or later, woman) you touch must first consent to be touched. If you ask and she says no, then don’t. If she is drunk, high, asleep or otherwise incapacitated, then don’t. Don’t, regardless of your physical size or any celebrity you may achieve. With power and privilege comes responsibility. And if you see one of your friends trying to kiss or touch someone without permission, stop them.

You often hint at the sometimes off-color lunchtime conversations you have with your friends. I don’t pry too much; I’ve been rolling my eyes at fart jokes since you were much younger. Know this, however: There is a boundary even to lunch table and locker room conversations, a line of human decency that should not be crossed. Donald Trump crossed it. I trust you to know better.

Women should not be judged solely on their looks. Know that there are many standards of beauty. Trump has denigrated the appearance of many women, from former Miss Universe Alicia Machado to comedian Rosie O’Donnell, and even suggested former Republican presidential hopeful Carly Fiorina was so unattractive no one would vote for her. We each have our own standards for what we find personally attractive, but we shouldn’t belittle anyone for their looks or confuse appearance and competence.

Women can be leaders. You have perhaps had a leg up here, being the son of two moms who have tried to set good feminist examples for you. You told me the other day that some male classmates said they supported Trump because they didn’t want a “girl” to lead the country. I was gratified you were shocked by this. We are better as a country — and as a global society — if we don’t discount the leadership potential of half the people in it. I also suspect that attitude may serve you well in your personal relationships with women other than just your moms.

Remember your own roots. You are the great-grandson of immigrants on both sides of your family. On my side, you are Jewish, part of a people who have suffered persecution and ridicule and who were framed as an inferior race by Hitler. Think of those things every time someone makes blanket statements about immigrants or people of a certain faith, race or culture.

We are stronger together. Hillary Clinton’s campaign slogan hearkens back to what the founders of our country knew when they declared our motto E pluribus unum. Throughout your life, whether in the classroom, workplace or neighborhood, welcome and seek out people of various identities, experiences and skills as friends, colleagues and partners. Know that almost any human endeavor benefits from the support and assistance of others.

More: What women still need to hear from Hillary Clinton and Donald Trump

When they go low, we go high. These words from First Lady Michelle Obama are one of the true gifts of this campaign. Not everyone in your life will be nice to you. Stand up for yourself, but don’t stoop to their level or your behavior is no better than theirs.

Bluster and bullying will only get you so far. This, I hope, will be the final lesson of the campaign — along with a reminder of how important it is to vote.

9 hrs ago
by Heather Marcoux