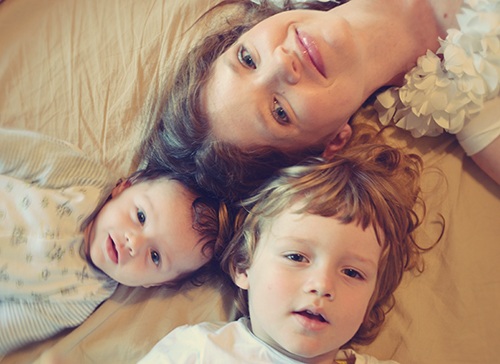 Both my children (ages 4 and 7) were conceived through intrauterine insemination. I’m a firm believer in the benefits of eliminating the element of surprise when it comes to undertaking new challenges, yet I failed to follow my own philosophy and didn’t educate myself enough on what to expect when you’re expecting fertility treatments.

Here’s what I wish I knew when I was starting.

No two experiences are alike

Having conceived our first child on the first round of IUI, I expected the same kind of magic to reoccur with child No. 2. Unfortunately, the second time around involved four failed treatments and one miscarriage before I eventually got pregnant — one year after we started trying. Knowing that our previous experience would not be a viable predictor of the actual outcome would have been helpful in setting more realistic expectations. Had I been prepared, I’d be less likely to treat every “no” delivered by the clinic nurse at the end of every round as an anomaly. I would have approached the process as more of a marathon instead of a sprint and I would have ultimately protected my heart from breaking with every single “no.” The process you undergo in an attempt to conceive your child (“the process” includes the medical care you’re receiving, your emotional and physical state, the duration of treatments and outcome) won’t necessarily be a replica of other IUI or IVF pregnancies. You may even find that conceiving your second child bears little resemblance to the experience you had conceiving your first.

More: Infertility: The past, the present and the future

Research to save time and heartache

When I was undergoing my fertility treatments, the last thing I wanted to do at home after spending hours at the clinic and doing overtime at work was to delve into “more fertility stuff.” Doing so would not only be overwhelming, but also might acknowledge that this situation is more than a temporary hiccup. In retrospect, I know that making time to read fertility blogs or join online forums and Facebook groups would’ve been an investment in my emotional health. I felt alone. Pregnancies are visible; failed treatments aren’t, which meant I had spent a year noticing every pregnant belly on the street, subway, my Facebook feed and feeling like I was the only one failing in performing what was supposed to be a very basic function of the female body. Had I joined such groups or followed fertility blogs online I would have realized that I’m part of a community.

The longer your journey toward the coveted pregnancy lasts, the more likely you are to start feeling as if you’re competing against others and yourself. I didn’t know that I wasn’t the only one feeling that way until after I started reading articles and blog posts about fertility treatments (long after I completed mine). When you’re trying to conceive for months, sometimes years on end, it can seem like you’re the only one standing while everyone else is moving. I remember taking our toddler to the beach shortly after my miscarriage and running into an old Gymboree friend of his that we had lost touch with. Nervous butterflies spread through my whole body when I realized the mother was definitely sporting a pregnant belly. I spent the rest of our stay trying to avoid them at all costs. I was ashamed of the negative emotions I experienced, but unable to shift my focus to the family’s happiness when confronted once again with my own failure. Feeling like you’re losing in this race, inaccurate as that feeling might be, is hard enough without also feeling ashamed about becoming competitive. The feelings you’re experiencing are natural. Parents always compare in order to assess where they and their children stand in comparison to others. They do it out of love and concern. All this means is that you’re thinking like a parent.

Don’t wait for positive things to happen; make them happen (and I don’t mean the baby)

The longer my treatments lasted, the more uncertain and unstable I felt. I felt like a failure, and this made it impossible for me not to feel stressed out. At some point, I realized that we have to create our own islands of stability and joy, whether it’s by exercising or meditating, writing or getting together with friends. For me, this meant speaking to a life coach once a week as a method of managing and reducing my stress levels. Janice and I discussed the various stress factors in my life (not just conception, but also work, life and relationships) and she was exactly what I needed at that point. She was able to offer a different perspective, but just as important was taking time out of my schedule to do something soul-nourishing for myself. Find your island. When we’re trying to conceive, we’re under so much pressure to produce a positive result. Trust the professionals you’re working with to help you with that. We, expecting parents, can make a different kind of positive happen.