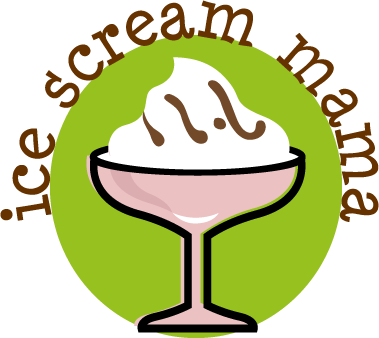 He stretches out his fingers and tightens his grip, all his energies focused on the pitch, which comes fast and hard down the line. He swings. The crack of the bat reverberates from his fingers down through his arms, and for a split second, he stares as he watches the ball fly. Full of joy and hesitation, he flings the bat and runs. It is only after he rounds first that he knows. It’s a home run. His first.

“Woooooo!” His mother screams at the top of her lungs and leaps from her chair. “Wooooo!” She hugs the women on her left and to her right. “Oh my God! Did you see that?!” Her face radiates pleasure and she continues hooting and bouncing well after her boy crosses home into a sea of jumping teammates.

Her happiness is infectious and even the parents from the other team can’t help but smile, especially after she high-fives one of them. But they know it’s the best feeling you can have watching your kid knock it out of the park. And it’s not just baseball, of course. Whenever our kids succeed, it’s as if we have succeeded as well, but better.

My oldest was in the third grade when I truly understood it. Even though he didn’t audition for it, his sweet voice led to him being cast as Daddy Warbucks in the school’s production of Annie. “All I wanted to do was work the lights,” he lamented, terrified of the stage.

More: Youth sports league tried to use a sign to shame parents into behaving

Even though his anxiety threatened to overwhelm him, he charged on, studying, rehearsing and complaining. My husband and I gave 50-50 odds whether he’d actually perform.

On opening night, we were all complete basket cases, and I was in no way prepared when my boy not only got up on stage, he nailed it. In fact, he looked calm and cool, not a tremor in his voice or a hesitation in his step. No one would ever have guessed that he was so stressed, he had sweat what must’ve been pounds. I thought I’d burst from joy and spent the entire show sobbing, unable to control my overwhelmed emotions.

Afterward, my son was shy and proud, but mostly relieved that it was over. He quickly moved onto more important matters, like horsing around with his friends and debating where we would go for ice cream. Now, five years later, if I mention that night, his face still lights up with a satisfied smile, but I immediately well up. It was honestly one of the best and most unforgettable moments of my life.

As moms, we feel our kids’ highs as if they are our own. Better than our own. But of course, it goes both ways. We also suffer our children’s failures. And watching them hurt or struggle is an almost unbearable pain we need to fix.

But I’ve learned over the years (and by being pushed away many times) that children don’t want or need to be babied. We cannot protect them from failure or prevent them from trying new things. They have their own maturing coping mechanisms to deal with their disappointments that need to be developed. “When you shield your child from discomfort, what he learns is that he should never have to feel anything unpleasant in life. He develops a false sense of entitlement,” says James Lehman, a master’s degree-holding expert in social work. In other words, children need to manage their emotions and handle life’s challenges. It’s part of growing up mentally strong and healthy.

More: 30 inspirational quotes about sportsmanship to share with your kids

Later in the baseball game, I watched another mom staring through the fence, her eyes fixed on her son, who was playing outfield. He had just dropped the ball. Her cheeks flushed and the pink traveled down her neck. She cradled her head in dismay, watching him shuffle back and forth. “I can’t watch,” she said, turning away and grabbing chips from her bag to munch on. I know her anxiety. I felt similar feelings watching my own kid on the mound the inning before — every strike a triumph, every hit a bullet to the chest.

But my friend’s son is doing exactly what he needs to do. He is shaking it off and refocusing on the game. Some kids might shed a few tears or maybe pull their cap down low and take a moment to regroup, but whatever they do is important. Learning to cope with frustrations is a vital life skill — one you’ll see many parents still struggling with on the sidelines of any sporting activity. Like Jessica Lahey, author of the book The Gift of Failure, says, “The work of raising a resourceful adult takes time, but it begins with a simple equation. We need to give our children autonomy, allow them to feel competent and let them know we support them as they grow.”

We are our children’s greatest supporters and worriers. We are their defenders and cheerleaders. We take their triumphs and heartbreaks harder than they do. But they are more resilient than we give them credit for. We want to take care of their every need, but if we let them, they learn to take care of themselves.

And generally, when all is said and done, they’re just happy to go for ice cream.

More: Teaching your kids not to be sore losers

14 hrs ago
by Jennifer Audrie