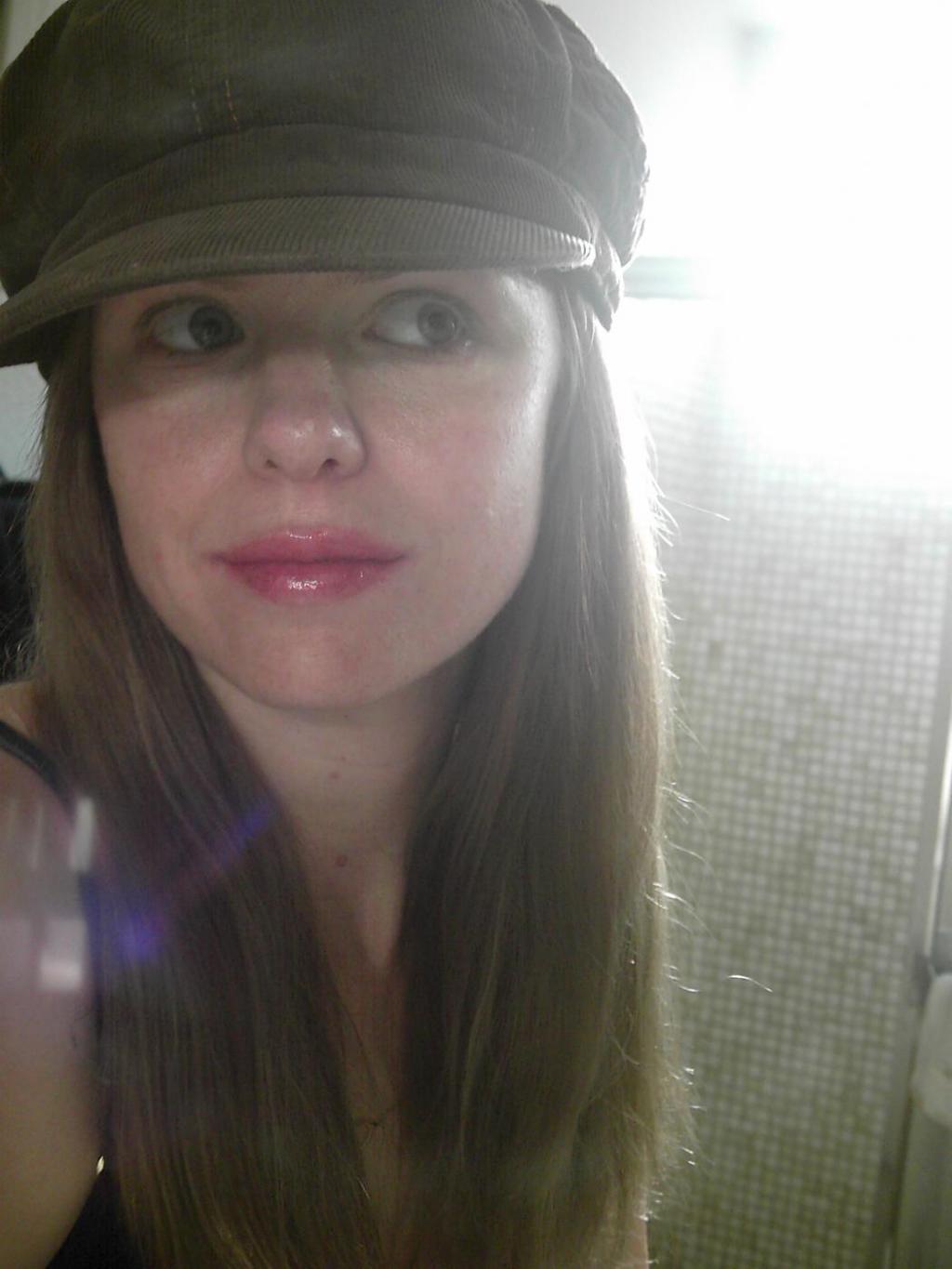 I thought her mother was her sister. An honest mistake; even though I myself was a teenage mother who looked four years younger than I was, I still don’t expect to see baby-faced girls mothering 5-year-olds in the unbearably homogenized suburbia where I live. The mom also had the markers of an older sister: tons of experimental makeup, Snapchatting, blowing her bubblegum to the ceiling before snapping it shut with her sparkling white teeth — and a seriously bad attitude toward the little person she was pushing in a red Target cart.

“She talks too much,” she said as her little one began talking to my daughter, also 5.

More: I royally screwed up parenting because I was abused as a kid

I laughed. “They talk a lot at this age.”

The two 5-year-olds began talking fervently, and as the snapping, Snapchatting not-sister leaned forward, I heard her say, “Everything isn’t about you, brat. Move out of the way!”

The 5-year-old made no eye contact with her. I wouldn’t have either. A muted expression flashed across the little girl’s face and quickly disappeared as she kept up the dialogue with my daughter.

“Stop it!” the older one said to the little girl, who was opening the apple juice she had just been handed. “God, don’t open that yet. Listen to me for once!“

The little girl’s face again clouded, and again she refrained from making eye contact. My heart constricted. The “sister” leaned forward and adjusted the little girl in the Target cart, and something about the mastery of her movements alerted me that this was not the sister. This angry, lost young woman was the mother.

As someone who grew up being verbally abused, my self-esteem left in such shreds that I hated myself by first grade, I recognize easily those who abuse. I can sense it before it presents itself, in the slight adjustments of a person’s mouth and jaw, in the cast of their gaze, in the undertow of words, in the presence of the wrong kind of silence. I could tell that this little girl was used to being spoken to like an undesirable idiot and that the mother was half-formed and half-present. Her heavily lined eyes were beautiful and vacant.

The little girls continued talking, and the mother continued insulting, berating and belittling. Her little girl had a sweet, intelligent face that also looked stubborn and lonely. My older daughter, 14, glanced at me, tears in her eyes. She motioned that she was going to sit farther away, where she didn’t have to listen to the abuse anymore.

I listened to my brain try to justify why I should not say anything:

It’s none of my business.

Then whose business is it?

I don’t really know if she’s just having a bad day.

What if the mom yells at me?

I think you can handle it. This is the whole point of being a grown-up.

What if this is horribly embarrassing?

What if you don’t say anything and that little girl never hears another adult say that how her mom talks to her is not OK?

What if what I say makes things worse?

What if it makes them better?

“Excuse me,” I said and pulled her to the side. She was beautiful in the way only the very young can be, with an ’80s short haircut and a plush mouth. She also looked about 15 and miserable. “The way you are talking to your daughter is hurting her. It’s really hurting her.”

She froze. She said nothing while her eyes moved back and forth. Then, “It’s none of your business!”

“I think it is. She’s a child, and you are hurting her. I know how it is. I had my son at 18. I know how hard it can be.” Here her eyes filled with unwilling tears. She looked away, angry at those tears. “But you have to get some help. I did therapy for four years, no shame… It really helped me.”

“You don’t know her. She tried to throw her little brother out the window! He’s a baby! She’s a monster!”

“I’m sorry, that’s awful, but all the more reason she needs help. She’s not a monster. She’s a little girl, and she’s hurting.“

She interrupted, “Keep to yourself.”

I said softly, “Please get help.”

We left Target, and I put my arms around my girls. “We are the village,” I told them both. It was the only thing I could think to say.

I know that if I had to, I’d speak up again, because if it takes a village, then children who are being hurt have no way out when their village is too scared or shy or unconcerned to speak out. We adults have to be willing to risk our composure, privacy and comfort to take care of the defenseless among us. Doing so in front of our own children may be sad and uncomfortable, but it also models the value of a village and the responsibility we have to one another.