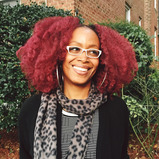 It was entirely too quiet.

I don’t know a single parent of a child under the age of 10 who doesn’t grow concerned when their hyperactive child is silent for more than five minutes at a time. We listen for a laugh, a yell, a bump followed by an “I’m OK!”, or just the general childhood din parents become accustomed to that lets us know that they’re fine and the house isn’t about to burn down.

Related story Parents: Please Stop Freaking Out About Your Kids' Social Media Use

More: Kim Zolciak just found her toddlers in one #AwkwardPosition

So a few weeks ago, when I realized that at least 15 minutes or so had passed by without so much as a peep from my 9-year-old son, I went to check on him. Red flag No. 1: He was in my bedroom with the door closed. Red flag No. 2: When I opened the door, he immediately slammed down his laptop as his head shot up, and turned red. In that moment, I knew he was up to something he knew he shouldn’t have been doing.

“What were you doing?” I asked. No answer. Eyes widened.

“S-E-X,” he said, finally, after putting enough distance between us. I realized I was clenching my fists, so I relaxed my hands, took a deep breath, and asked, “Why were you watching that? We talked about this before and how you shouldn’t be doing that.” He put his head down, and what happened next became one of the most important conversations in our relationship.

I’m a sex-positive feminist mother known for my liberal approach to sex and sexuality. I’m big on having open, age-appropriate discussions about sex with children. When I became a mother, one of my goals was to raise a sex-positive child who accepted everyone’s sexual identities and felt safe enough to explore and embrace his own. One of the best gifts my own mother gave me was a safe space to talk about these things.

His father and I divorced when he was a preschooler, but one of the great things about our co-parenting situation is that his father agrees that we should be proactive in our sexual education and make efforts to counter whatever negative ideas he might encounter in school and among family or friends, or just around the neighborhood.

This was not the first time I discovered him looking at graphic sexual images and videos, though. A couple of years ago, I checked the search history on his tablet and saw search terms like “boy kiss girl on butt” and “girl and boy sexy.” We spoke about it then and he said he’d seen his older half-sister and older step-brother checking things out online. As children are likely to be, he was curious, and in the only language he knew, he went looking for more.

He opened up and said that he had a “friend” at school, who happens to be a girl, and that his friends are always trying to get him to kiss and touch her so they can watch. Classic peer pressure. He said he doesn’t feel comfortable and doesn’t want to, but he figured he could learn something from watching the videos. I told him that I understood his quite normal curiosity and that I wanted him to ask me questions before looking online.

More: Being a single mom on Father’s Day is the pits

One of the reasons I don’t want him watching any of the porn videos is because so many of them depict women engaging in sexual situations against their will. There is way more emphasis on “forced sex” these days and it even rattles me, Sex-Positive Mommy. When I later spoke with his father about what happened and asked for his input on how best to address it, he said that he began looking at videos and magazines around the same age and that it’s normal. I reminded him that we didn’t have instant access to extremely graphic videos on our phones back then, so we talked about taking these more digitally preventative methods:

I have found a lot of success with the Safe Browser web filter, designed to filter and block adult content on web browsers. For older tweens and teens with iPhones, Parent Pact is a good app that helps you teach responsible device usage. Kids Lox is available on both Android and Apple devices and works to monitor usage, prevent access to adult content and more.

I also put parental controls on the laptop, per Microsoft’s instructions, but he signed out of his controlled log-in account and into my all-access account and was able to get around the censors and blocks. I had to hand it to him: Microsoft sends me weekly reports on his activity, so I can check his searches and clicks and if he signed up for any services, and he managed to get around this safeguard. Crafty.

I also have access to his email account, and I discovered that he had, in fact, signed up for some adult services using the Gmail account I created for him. Some may disagree, but I think parents should have open access to email accounts up to a certain age. Many apps require email address log-ins and family members like to send emails back and forth, so I’m not against him having one; I just need to make sure I can see what’s going down in his inbox.

I do want to make sure that we create a safe, open space so that he can feel comfortable asking questions and talking to us about the things he is exposed to while away from us. We believe that is the best way to make sure he is prepared to navigate various situations that will arise as he gets older and more independent. We just want him to be safe and appreciate sex as the positive experience it can and should be for those who choose to engage in it.