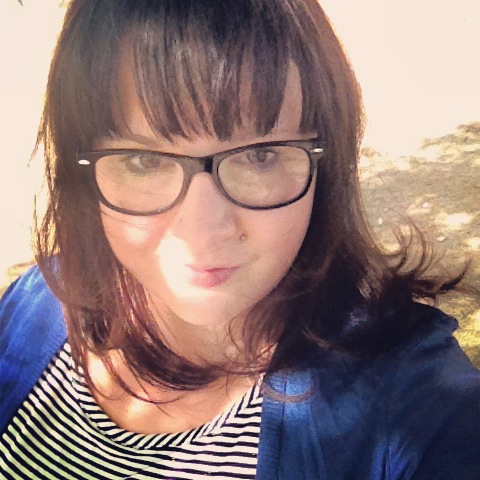 Yesterday, my son with got ready for school out of order.

Our schedule always goes like this — and I mean this, because it never deviates:

More: My OCD and germaphobia aren’t a quirk – they’re debilitating

This time, he skipped multiple steps and just put them back in line. He never skips steps. If I try to skip any, I’m met with anger. I carefully navigated the remainder of our morning, unsure of how to address the change, unsure if I could, if he knew he had even made the change.

“I got dressed before breakfast, Mom,” he finally announced in between slurps of cereal.

“Yes, you did. What made you do that?” I asked, hoping my voice sounded casual.

“I don’t know. It feels weird though. Like I’m forgetting something,” he responded.

“Well, we can double check everything if you think that will make you feel better,” I offered as I zipped up his lunch kit. For a brief second, my own panic set in as I imagined the rest of his day: Would he be upset about the lunch I packed without him? Would he be distracted in class? Would it cause him to be more controlling with his play on the playground?

Obsessive Compulsive Disorder doesn’t look how it’s often portrayed. It’s not the trendy memes you see on Facebook about needing to decorate a Christmas tree a specific way or the way people assume that it’s about being clean. (My son is a bit of a hoarder.) It shouldn’t be surprising to anyone who knows anything about mental health and illness that it’s far more complex than all that.

It’s the way our mornings are structured to a tee, and when they fall apart because we had a late night or I slept through the alarm, it turns into chaos. He panics, literally, because he needs to do those routines, those things that seem silly to anyone else. That routine makes him feel safe.

It’s the way he falls apart, being both angry and sad, if you break plans with him or me and he’s known about it. He’s built you into his day. He’s planned for it and he’s prepared for it. In his mind, it’s supposed to happen and it has to happen. When it doesn’t, he doesn’t know what to do next.

It’s the way he does things in threes. He’ll give you three chances. He’ll repeat the same wrestling move over three times, just to get it right. He asks things three times.

It’s the way he asks me the weekly schedule every Monday morning and continues to ask the same questions after school, even if I’ve already told him. He needs to know the unfamiliar. He needs to know what’s happening next; it’s not a want. It’s a legitimate need.

It’s the way he keeps track of the students who ran in the hallway, who didn’t wash their hands, who didn’t listen to the teacher (this bugs him astronomically — you are supposed to listen to your teacher) and who had to be sent to the office. I hear it all because he has to tell me about it.

It’s the way we always have to give him transition time, even when the schedule is predictable. When big changes are coming, for instance moving into a new classroom, it takes months of prep work, lots of talking, and lots of support from school administration and his therapist.

It’s the way, as the weather gets nicer, that he talks daily about tornadoes and fires and thunderstorms. He’s worried about natural disasters, even when we’ve told him that he’s safe, when we’ve assured him it’s going to be OK and when we’ve shared statistics. The inability to control these things bother him.

It’s all of this and so much more.

As a parent, it’s being surprised when he does things out of turn, something other parents wouldn’t give a second thought, something that has been hardwired into our normal. It’s worrying about him having to field the same questions about the reality of his OCD and wanting to help him feel confident in knowing that there’s nothing trendy or weird about who he is, about how he acts.

Because no matter what anyone thinks they know about OCD, this is his normal. It might not fit into the stereotypes that are perpetuated, but it’s how it is, how he is, who he is.

And I happen to think all of that, all of him, is just wonderful.

More: I almost poisoned my daughter by putting bleach in the toilet

15 hrs ago
by Racheal Pulver