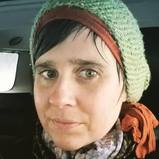 Over the school years, we all get jaded to some degree, I suppose. I’d been collecting my frustrations, like coins in my pocket. I’d feel them, play with them, turn them over often, but they didn’t amount to too much. Until they suddenly did.

More: My toddler’s toy cellphone gave me the wakeup call I desperately needed

I remember the day it poured out, like I’d hit the three-cherry jackpot on the school-nonsense slot machine. It was the warm, October day I pulled up to the school to find the Bible-peddling Gideons setting up camp in my child’s public-school parking lot. Turns out, they’ve leveled up from placing Bibles in hotel room desk drawers to placing them in schoolchildren’s hands. And on this day-before-my-40th-birthday, my early gift was all of my trigger buttons going off like the car panic alarm you can never shut off fast enough.

I stuffed my phone into my hoodie pocket, stepped out of my car and marched over to them. They saw me coming and offered me their best smile and an extended Bible, which I basically smacked out of their hands with the burning beams coming from my eyeballs.

“Does administration know you are here?”

Several parents were already looking for the principal to complain about the situation. When we found her, she chuckled an, “oh, great,” and walked over, reluctantly, to address the men.

More: Little boy responds to jerks who don’t like his “girl toys”

Their conversation was brief. As my child and I walked back to the car, I watched for them to pack up and leave.

The men maintained their positions in the parking lot, accosting exiting traffic and handing Bibles to the children crossing the drive on their walk home. Meanwhile, the principal stationed herself behind the buses, a shield on wheels protecting her from the conflict she didn’t want to have.

My child and I got in the car, and I sat there, stunned.

I’d intercepted my son before he had a chance to interact with the proselytizers himself, but even at 9 years old, he was as irritated by their presence as I was. My kiddo is no stranger to my feelings about evangelizing.

Each summer, my city neighborhood is peppered with people who drive in from regional churches, all donning shirts proclaiming how much Jesus loves our community. They march through, passing out bottled water and inviting all of us to a cookout at a nearby church — it’s a sort of poverty-pornography that feels anything but genuine and everything like our neighbors and I are a bunch of zoo animals they’ve come to look at and feel sorry for and, ultimately, rescue.

If the principal of your child’s school won’t enforce policy, whom exactly are you supposed to call on to do so? In hindsight, I should have called the police. The law was being broken; police enforce the law. But, also, I shouldn’t have had to contemplate whom to call, at all. As a parent, I should be able to rely on my child’s principal to maintain and enforce policy and to protect the children in her care from this kind of predatory behavior.

I began to mentally compose the email I’d send to administration as I turned my car around to head home. The buses had just started filing out of the roundabout and onto the street, and I was now the silver caboose in the train of yellow buses.

We stopped, abruptly. And as it goes, I narrate my thoughts, audibly, especially when I’m angry:

“What is going on?

Ugh, are they in the road, now?

Are you kidding me?

He’s waving them on??

Miles, what friends of yours are on that bus?!

Oh my god, parents can’t even go on the bus, and the bus driver just waved a random stranger aboard to pass out BIBLES to the kids?!!!”

More: I’m absolutely terrified to tell my kids about my mental illness

My alarm bells were screaming now. My mental email composition no longer offered even the slightest self-soothing. I think I scooped portions of my brain off of the console before I drove away, my mental list shifting from email outline to the Rolodex of parent friends whose kids rode bus 25.

I no longer pick my child up from school. This year he rides the bus, but he knows that if something like this happens again, he should tell me about it. Kids shouldn’t be faced with awkward interactions with strangers on school grounds or on their buses, and they absolutely shouldn’t have religious propaganda that may or may not be in line with their own family’s values handed to them in a savior-like gesture.

After a couple of us met with administration over the incident, the school ultimately made a protocol for dealing with similar situations, spoke with the Gideons, addressed the bus driver and had a transportation in-service about the issue. To our knowledge, the principal was never disciplined for her complicity in the situation.

Over the years, I’ve watched an endless stream of talented, well-loved classroom aides get pushed out of the school and a formerly flourishing parent-involvement culture completely disintegrate. Two weeks ago, I received the parental consent form for reproductive health classes three weeks after lessons began. Today I learned there was a school field trip where no permission slips went out and the decision was made to just go anyway. Last week I dealt with a frantic phone call from the school secretary, telling me the principal needed that photo release form that came home the day before right now, and that if I couldn’t fax or bring it in, the principal was going to come to my home to retrieve it.

Meanwhile, my child, home with the stomach flu, was on the couch moaning, “Nooo… tell her to go away!” Alas, while you’re juggling work, the vomit bowl and getting your other two kids to their schools, you don’t have time for in-depth confrontations about consent and boundaries. So, I simply added in frantically searching for and scanning the form so I could get the latest administrative blunder off of my plate.

I didn’t always have this fantasy — the one I’m sure I’ll enact on the last day of school this year. The one that has me walking away to the backdrop of teachers singing, “Nah nah nah nah, nah nah nah nah, heyyyyy, goodbye,” as the buses pull away. The one in which I raise my hand, Katniss-style, except rather than a three-finger salute, I’m offering up the bird, like a Lady Liberty torch.

Those tokens in my pocket take up a lot of room now. Now, they amount to everything, and I can’t stuff them back down into the dark crevices and forget about them.

What do you do when the person who is supposed to be your child’s biggest advocate at school turns out to be your biggest adversary? What do you do when your questions, concerns and suggestions are consistently met with, “Ms. Valeii, I already explained to you… ” — the kind of authoritarian chastisement one might offer an unreasonable 10-year-old throwing a tantrum over the white milk.

Well, you ride it out. You count down the months, then weeks, then days, then minutes until you finally make it to that last day. The one where your child will strut out, head held high. He made it. He finally made it.

And so did you.

And that deserves a middle finger, and probably a martini, too.