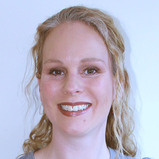 My husband suggested I keep it simple and just call this post Breasts Are Not Testicles. But I figured we could all use a good vocabulary lesson. What are genitals anyway? This isn’t a word that we use in everyday conversation and it’s obvious that when we move north of the navel (that means belly button!) things get a bit tricky — if you are a woman, that is.

Genitals are defined as “the sexual organs; the testicles and penis of a male or the labia, clitoris and vagina of a female.” Many people get confused here as to why breasts are not mentioned. Well, because breasts are not genitals.

More: A genetic fluke nearly cost me my daughter’s life

I know, I know, I can just hear it now, “WHAT?! Breasts are most certainly sexual!”

Well, breasts might turn you on and I might flaunt them in a push-up bra, but that doesn’t make them genitals. Breasts have been sexualized by our society, but you only need to look to history and to other countries to realize that this is completely culturally bound. Just because we have developed this over-the-top fetish for breasts doesn’t mean that they are genitals.

Sometimes during this discussion, people like to point out that breasts are part of the reproductive organs. All right, so are the Fallopian tubes, but you wouldn’t consider those genitals, right? Right. Moving on.

Let’s do another comparison. Would you consider a man’s chest a part of his genitalia?

I know what you are saying. “Don’t be ridiculous!”

More: My child’s a lesbian, and she has every right to go to church

It makes you think, doesn’t it? The laws on the books, television and social media censorship, people diving in front of their kids’ eyes to block some cleavage — seems kind of silly, doesn’t it? The only answer is that we have spent time and money to create some legislation over a man-made hang-up. A double standard that oozes misogyny. One that makes you feel like you just might be living in the patriarchy.

We are at the point in society where many people think that a breast’s main function is sexual. Many children have no idea that a baby eats from a breast. Many people think of public breastfeeding as gross, offensive or repulsive. Many people have never seen a woman breastfeeding. I never did until it was me in the hospital holding my newborn son. Boy, was I confused. I thought I knew my breasts so well! I had to learn the hard way what they were actually for, I had been so sheltered by this boob-obsessed culture.

More: 30 gloriously messy photos that show what really goes down when a baby is born

I get really annoyed with people who try to tell women what they can and can’t do with their own bodies. If it’s not one thing, it’s the next! It’s a boob. It won’t bite, steal your husband or infect your children. It’s just feeding a child. Relax.

19 hrs ago
by Claire Gillespie