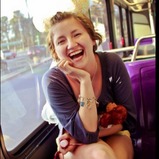 My husband and I consider our daughters not just blessings, but also miracles. After all, it if weren’t for a fluke that sent me in for an early pregnancy test, my youngest daughter probably wouldn’t be here.

Related story Jessie J Shares She Has Suffered a Miscarriage: 'I Have No Control Of My Emotions'

After giving birth to my sons and before I got pregnant with the older of our two daughters, I had two miscarriages. After the second one, we went through genetic testing and learned that I have a genetic mutation referred to as MTHFR, which stands for methylenetetrahydrofolate reductase. In my case, I have two mutated genes, so neither of them functions correctly, and my body has trouble clearing itself of toxins. In addition, those with a double mutation like mine have another added worry during pregnancy: blood clots.

At the time, we went back and forth on whether or not to try for a third baby after my tests came back. Ultimately, I did become pregnant, but my health was so poor and the pregnancy so rocky that we decided we did not want to try again for a fourth child.

More: These baby names are on the verge of extinction, so use them now!

But not trying isn’t the same as preventing pregnancy. Still, I was still breastfeeding, and we figured that because it had been so hard for me to get pregnant with our third child, another pregnancy wouldn’t be easy or “just happen.”

The nausea started when I was preparing to undergo a procedure to alleviate pain in my lower back. My pain management doctor had just started me on a new medication, and I didn’t have any other symptoms of pregnancy, so I didn’t think anything of it. But my doctor suggested that I take a pregnancy test prior to the procedure because we could not proceed if I was.

With that, my husband was off to the drug store to pick up a pregnancy test, and he chose one that showed the earliest results possible. Of course, the test was positive, and I sat there in shock.

More: Maybe you shouldn’t stay near the head when a woman’s giving birth after all

Within 24 hours, I had put a call in to the high-risk OB-GYN office and made an appointment for later in the week. It was very important to find out exactly how far along I was in my pregnancy, especially because I did not have a cycle established due to breastfeeding. This gave us enough time to fill out our paperwork for our health insurance company, which gave us a ton of red tape to cut through just to see the OB doctor of my choice.

Unfortunately, before my appointment, I ended up in the emergency room after hours due to spotting, and as it turned out, I was already nearing eight weeks gestation, which meant that I needed to start Lovenox injections as soon as possible… because I should have already been using them for at least a week or two.

From six weeks gestation until eight weeks postpartum, many women with MTHFR mutations find themselves administering Lovenox or heparin injections, which are medications that thin the blood so that blood clots are less likely to form. Depending on your personal health and type of mutation, your doctor may not even recommend injectable blood thinners, if any at all, but we decided to go this route based on my personal history. The cause of one of my miscarriages was definitely a blood clot, and during my first pregnancy prior to the miscarriages, I had developed a blood clot in the placenta, which doctors told me could have stopped blood flow to the baby and caused a stillbirth (thankfully, he was born healthy).

Thankfully, my husband was able to expedite the needed paperwork so that I could see an OB and get the Lovenox medication the morning after our emergency room visit. My doctor immediately wanted me to rest until further notice and told me that because we weren’t expecting me to be pregnant, had waited so long to take the test and had been spotting, there was still a higher chance I could miscarry our baby.

More: What babies really look like fresh out of the womb, in all their goopy glory

Fortunately, the shots worked. I was able to carry our daughter to 36 weeks, and she was born healthy — despite the near-miscarry in the first trimester — and is now almost 18 months old. But if it hadn’t been for the genetic tests, who knows what would have happened?

There is a lot of information out there about MTHFR, but it is confusing and often conflicting. Some of the medical providers I have seen have been extremely knowledgeable about MTHFR mutations, but others have told me that MTHFR mutations do not matter at all.

Dr. Shannon Price of Affinity Physicians for Women, based in Tifton, Georgia, told me, “A pregnant patient with MTHFR should be seen by their OB/GYN immediately upon recognizing a pregnancy. Ideally, they should have preconceptual counseling and appropriate testing to help ensure a successful pregnancy. Early and frequent prenatal visits are encouraged with any thrombophilic disorder as MTHFR.”

For more information on MTHFR, visit the US National Library of Medicine or talk to your doctor. Only a medical expert can determine your risk and appropriate care.