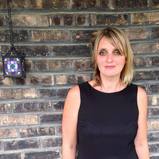 My 11-year-old daughter is gay. Lesbian. She is lesbian. A lesbian. Is it an adjective or a noun? This is how much I don’t know, because this is new terrain not only in our personal lives but within the context of the broader culture. You see, my daughter is part of this new crew that is blowing the hinges off of everything — the doors, the windows, the churches and schools — removing the ceilings and smashing the floors. America has never had a junior high generation that doesn’t believe in binary identifiers until now. Straight, gay, boy, girl? Whatever. They don’t want our limits. They reject our definitions. They are superhero children floating in space. They are who they are, and they are phenomenal.

Some nights I wrap my child in my arms and coo, “My butchy little baby,” and I give her a squeeze. Neither of us knows if this is politically correct verbiage or not, but we know we both laugh when I do it. Like everything else in a typical prenager’s life, we’re figuring this out together.

My daughter’s confession didn’t surprise me. I’d been waiting for it. Ever the outsider, always certain that she didn’t fit in — victim of the self-imposed Otherness that springs from secrets — my baby’s whole demeanor would lift when she’d say, “There’s this show I’m watching, Mom. It’s called The Fosters. It’s about a family. I mean, the parents are two moms — they’re lesbians — but they’re a family. It’s a really good show.” It was then, there in the way her shoulders relaxed, present in the fluidity of her words and the note of joy in her voice, that I perceived it: My daughter is gay. I had to wait for her to tell me.

Meanwhile, in another spiral of my daughter’s galaxy, she loves church. Born and raised for her first eight years in Kentucky — the land of church buses navigating neighborhoods to gather up children every Wednesday night so they can eat ice cream and memorize scripture — church is an important part of her universe. I wasn’t raised with it, but I know the sanctity and sustenance of ocean waves and sun heat (the beach is my cathedral), and I never want to deprive my daughter of the communion she desires. She wanted church, so she would have it. We started searching.

How, though, does a parent with a gay child walk their offspring through the doors of any place with a history of persecuting homosexuals? Or a place that considers homosexuality a disease of the heart and mind? My maternal grandmother, dubbed Racist Granny by my children (another topic for another time), once bragged to me that her pastor delivered a whole sermon on how wrong it is to be gay. “It was just really great,” Racist Granny said. “I was so happy to hear him say that.”

So I immediately crossed off the Baptists, despite their potlucks and hymns. And no matter how much I like Pope Francis, I couldn’t get past the other delegates from Rome. The Presbyterians seemed all right — less ritualistic than Catholics, more accepting than Mormons — but then I spotted them: the Episcopalians. Openly in support of gay marriage, female clergy… This is it, I thought. We’ve found our people.

We went expecting banners. Well, maybe not banners, but a banner. A rainbow, perhaps, hung near the door to signify that our family was welcome there too. What we found instead was a church like any other. There was a chapel populated with people and prayer, a pipe organ, a choir. Brown beams, high ceiling, white walls. It felt like a place where one could be quietly gay, but my daughter — being at such a crucial age — needed a rally.

“Let’s try the Unitarian church,” I said to her. Unitarian was a word I’d only heard whispered in Kentucky; I doubt my daughter had ever heard it before. I think we knew at first blush that we’d found our church home. Last month, the congregation’s adult LGBTQ support group threw her a surprise coming out party.

More: No one showed me how to be a mom, but I did it anyway

These are tough times, I want to say, to raise a gay child. Politics are polarized, the old guard isn’t going down without a fight, and everything about our culture is changing. It’s never easy, though, and children are children no matter who they love. It is always our strongest impulse as parents to protect our young. As the parent of a gay child, it is my duty to build her up so strong that when people tell her she’s wrong to feel the way she does — and they will — she’ll know that they’re the ones with the wrong idea. And now, I have a whole church family behind us, helping in that endeavor. In that, we are blessed. We are lucky. We are grateful.

9 hrs ago
by Julia Guerra

13 hrs ago
by Christina Crawford