The Scandinavian country of Sweden boasts many strong, Nordic baby names—and many of those baby names have been rising the charts here in the U.S. If you’re looking for a name that’s been popular in the country over the last year, or one with a distinctly Swedish sound to it, you’ve come to the right place.

The first group of unique Swedish baby boy names here are last year’s top 50 most popular boy names chosen by Swedish parents. You’ll notice that many of these names are quite familiar to us, and have popped up on our own popularity charts. For example, Sweden’s No. 1 overall choice, Noah, has been in the top 10 for years.

There are a few other popular Swedish baby boy names that are pretty interesting choices — not because they’re names we’re familiar with, but because they have sort of a vintage American feel to them, namely Melvin and Alfred. Others are distinctly Scandinavian in nature with that Nordic flair we love, making them an amazing choice for parents searching for a unique moniker or hoping to honor their Swedish heritage.

More: Naming a Baby Boy? These 25 Classics Have the Best Nicknames

Here are a few more names with Swedish etymologies that, while not securing top spots in Sweden, are still solid choices for your tiny tot—they have that Nordic vibe, some with connections to Norse mythology—and many have been up-and-comers here in the U.S..

No matter what baby name you ultimately choose, looking these over can really bolster your baby name list, adding unique and interesting choices to your old favorites. 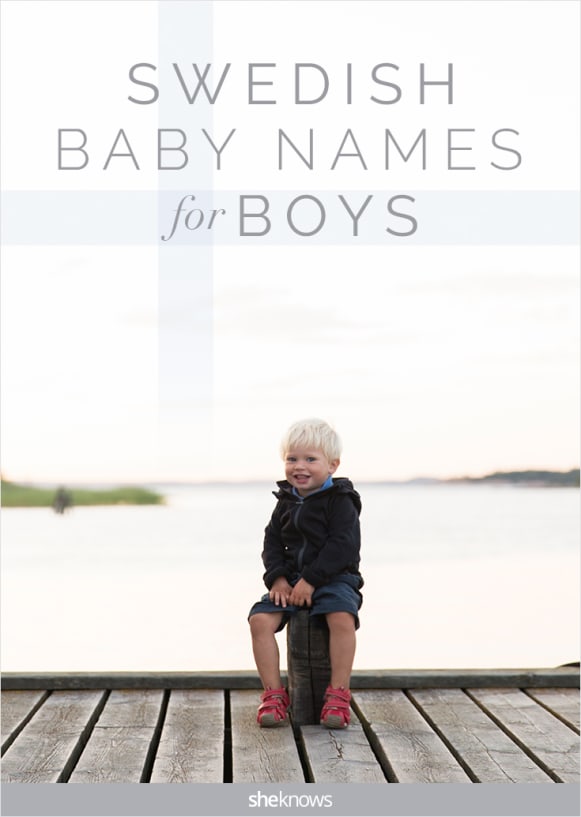 A version of this article was originally published in June 2016.