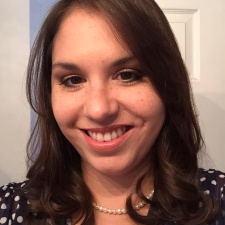 Being a parent is hard. Not only are we responsible for the life and well-being of a totally dependent little person — or people — but we are also responsible for making sure that they become well-rounded and productive members of society one day.

Everything we do matters. These little people are watching our every move, and they are going to turn out for better or worse because of it. I love seeing care, compassion and intelligence in my children and knowing that it is there because of me.

But there are also some moments I regret. Like when they take that harsh tone with their siblings that I know they heard from me or when they have the same obsessive pet peeves I do.

Recently, I was reminded of this when we were eating lunch.

I don’t know why hearing other people eating bothers me so much, but when people are talking to me with their mouths full or slurping and smacking their food, I could crawl out of my skin. We usually always have music on during meal times at my house just so that the normal sounds of eating are drowned out.

At this particular lunch, I served the children and sat down at the computer to finish up on some work.

Just a couple minutes later, one of my children was staring at the other ones, telling them to, “Stop smacking,” and “Chew with your mouth closed,” with every bite they took.

I am ashamed to admit that for just a second, I was happy. I wouldn’t have to remind them every single meal if someone else was going to stay on top of it too. I was finally getting through to them.

My happiness faded in the blink of an eye when I got past myself and realized what I was doing to my children — and my poor husband.

They couldn’t even eat without fear of being reprimanded for the involuntary sounds they were making. Yes, chewing loudly and talking with a full mouth are rude, but my obsessiveness had gone beyond mere manners. My family was afraid to make any sounds while eating.

Possibly even worse, my sweet children were picking up on my rude behavior of nitpicking. They had begun to think of it as acceptable — even necessary — to constantly correct another’s actions.

Not to mention that I may have wired it into at least a couple of my children’s brains how absolutely horrendous the sound is to me, and they may now be plagued with it as well.

I let my children know that what I had been doing wasn’t nice, and from now on we were all going to enjoy our meals, and just gave them a gentle reminder to mind their manners. I am working on getting past my problem — because it is my problem — so I don’t ruin my children in the process.

Now, when I hear the normal sounds of eating, I remind myself that I am blessed to have children around the table and that I should be happy they are actually eating the food instead of complaining.

If the smacking gets out of hand, I will remind them to eat politely, but I am really trying hard not to snap and criticize anymore. I should be my children’s support, not their critic.

Have I arrived? No way. I am sure that there will be times in the future that I say something I shouldn’t in regards to their eating. At least I am aware of the effect I was having on my family, so now I can do better.

Do you have any parenting moments that you regret? If you are brave, share them in the comments and we can support each other.