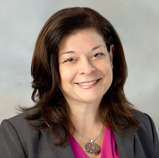 When we read the headlines about people who unexpectedly give birth and claim they never even knew they were pregnant, those of us who had morning sickness, extreme fatigue or weight gain during our pregnancies often shake our heads in disbelief. Surely you can’t be pregnant with no symptoms? How could these people not notice?

Yet doctors say there are many reasons someone might not notice they’re pregnant.

“We as human beings have a powerful denial factor,” says Dr. Dan Frayne, assistant residency director of the Mountain Area Health Education Center‘s Family Medicine Residency Program in Asheville, North Carolina, and cochair of the National Preconception Health and Health Care Initiative. “You can be in denial and neglect to see the changes to your body for a fairly long time. Some women who are overweight might not see a huge change in their body, and if you are skinny, you might not show until 20 weeks.”

Denial of pregnancy is more common than expected according to a study in the Journal of the Royal Society of Medicine. Researchers found that 1 in 475 women may not realize they’re pregnant until 20 weeks’ gestation, and 1 in 2,500 women make it right up to delivery before finding out (a rate similar to that of eclampsia).

Frayne outlined four types of people who might neglect to notice pregnancy symptoms.

It’s not uncommon for a young teenager to be relatively unaware of their body and the changes that occur during pregnancy, Frayne says. Plus, many teens have irregular periods, so missing a period for six months might not be unusual. Frayne explains that sometimes, young teens will seek medical care for abdominal or back pain at 30 or 32 weeks, and when they’re told they are pregnant, they’ll often admit they suspected as much but were afraid to tell anyone.

Pregnant people who are busy

Plenty of people, particularly women, have competing demands in their lives — children, family, work — that make it difficult for them to pay any attention to themselves and their own bodies, Frayne says. Sometimes, it takes time for them to either recognize the changes or decide they want to see a doctor.

People struggling with an addiction or those who otherwise abuse substances often won’t notice they’re pregnant simply because it’s not a primary concern for them, Frayne explains.

Sometimes, someone who has either been pregnant before or who believes they already know what to do about a potential pregnancy skips out on doctor visits and thus misses pregnancy indications, Frayne says.

One of the underlying causes for this denial, says Frayne, is that a little less than half of U.S. pregnancies are unplanned or unwanted. For example, according to a study published in 2011, in 2006, 49 percent of pregnancies were unintended — a slight increase from 48 percent in 2001. But while many pregnant people are indeed in denial, when they finally do seek medical advice and the pregnancy is confirmed, the majority of them aren’t surprised. “In many cases, they are being told something they knew and suspected but didn’t want to admit,” Frayne adds.

Unfortunately, this lack of awareness can put both mother and child at risk for complications during birth. The concern, says Frayne, is that prenatal care provides the best opportunity for a healthy pregnancy. It’s important for a pregnant person to visit the doctor within the first 12 weeks of their pregnancy, he says. Unfortunately, even when people know they are pregnant, they often don’t visit their doctor early enough, largely because they lack health insurance and access to care.

And despite the fact that the U.S. spends more money on health care than any other country, we have one of the worst infant mortality rates compared with similar economically developed countries. According to the CDC, in 2015, over 23,000 infants died in the United States, with the infant mortality rate at 5.9 deaths per 1,000 live births.

The United States also has a rising maternal death rate. “The U.S. is the only developed country where more mothers are dying now than 10 to 20 years ago,” Frayne says.

One question all health care providers should ask their patients is whether they want to become pregnant in the next year, Frayne says. Simply asking the question will encourage patients and doctors to discuss preconception and prenatal care. That’s one step in the right direction — but the far bigger step is access to affordable care.

13 hrs ago
by Racheal Pulver