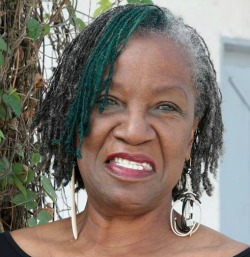 I did not tell my son anything about the real world for as long as I could put off talking about the negative behavior of others. As the mother of a black son, I knew I continued a long tradition of gnashing my teeth because I did not want to teach him that some people would be threatened by his very presence. The recent rash of unexplainable killings of black children and adults together with the micro-aggressions people of color experience in daily life bring this conversation, generally held in private spaces of black parents’ lives, to the forefront and minds of all parents.

Just recently, NewsOne carried the story that Al Roker, well-known New York weather man, filed a complaint against the NY taxi commission after a yellow cab passed him as he stood with his 13-year-old son. On the surface, you ask why would he get his panties in a bunch over a cab passing by him. This is an insignificant-enough-looking occurrence. If this has not been your experience, that may be your thought. But if you are a black man or woman who has repeatedly experienced this type of racial profiling, you know this has everything to do with race and not happenstance. Roker decided to do something about it when his 13-year-old son asked why the cabbie had passed them by to pick up a white man.

We live with this duality of seeing and choosing our battles. As a young mother, I was afraid for my son and kept him close as a city child. As a black woman, I have my own fears, but for my black son, I know there are differences in how society treats him from how they treat me as a woman. For us, there was no riding his bike on a Harlem block, for example. We went to Central Park to ride. This was the mid-to-late ’80s in NYC, and it seemed a scary time. I know now that for all parents, it is always a scary time because we worry that no one will love and protect our child the way we do, that what is special about them will not be understood.

When we allow them to leave the nest, we must also tell them the truth. When my son began to attend preschool and occasional play groups where I was not present, I accepted that when he asked about how some people deal with fear in their lives, I’d have to tell him my truth. Sugar coating the inexplicable bad behavior of those who might seek to treat him badly because of their limiting beliefs seemed too big of a lie to tell.

I began to read books that alerted him to situations about the limitations of others. I wanted him to be able to share them with me should they happen to him and to help him process how to handle them. He was a bright child, not just to me, but according to society’s measures of others. He was observant and asked a lot of questions that began in his own mind. I wanted to protect him, but I recognized my own limitations.

Roker said what hurt him about this cabbie’s behavior was that his child was with him. He had to do something.

I think I came to the conclusion that I would have to stop beating my chest about #WhatDoITellMySon because I could not protect my black son forever. Therefore, I had to prepare him for what is real in life. Just as I prepared him to be alert for runaway cars when crossing the street: I taught him that pigeons that walk in the street get run over. And I also taught him what I’d been taught: there are good and bad people in the world.

8 hrs ago
by Kelli Thompson