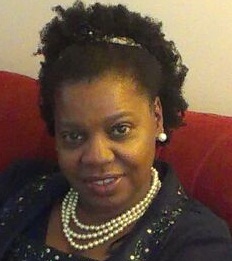 As a Black single mom of three boys, I’m not sure what to tell my son. The fact is, I did not grow up in the U.S.. But I’m uneasily aware of the stress associated with being a Black man in this country.

I do tell my sons to be respectful of law enforcement. I myself am a bit suspicious of them. I also can’t tell you how many bad movies play through my head when my middle son attended basic training in South Carolina. You know — South Carolina, where they are burning Black churches?

There are many nights I lie awake wondering if my youngest son will come home from his night job alive. I pray he doesn’t have a run in with some cop in a bad mood. Then I wonder if he does. Will hormones and egos prevail and cause my son’s death?

I have reasons to fear. While out working his part time job, my son was told to move his car. He had parked in the same location as some other drivers. My son was the only one asked to move. He tried to explain to the officer that he would be right back, that he had to make a delivery. The cop accused him of selling drugs. The cop told him to move his f***ing car. My son obeyed and then filed a complaint against him. The truth is, it could have turned out much worse. Thank God it didn’t. I didn’t get mad and badmouth the cop. Instead, I complimented my son for maintaining his cool.

What do I tell my son about his own? I tell him not to be afraid. Even though he was attacked twice by other black boys while attending high school. Even when he had to hide his bus pass, cell phone and pocket change when boys his age targeted other boys to rob and intimidated them. How do I teach him to respect his own when he is threatened because he reported the theft against him? Fortunately, because of my son’s vigilance, he not only reported one of the attacks but also identified the perpetrators who were promptly arrested.

Still, it didn’t stop them from threatening to shoot him. Nor did it stop them from recruiting their “posse” who made plans to murder him. But these thugs specialized in threatening those who seemed weak or showed fear. Like the young man who had to run, like a bat out of hell, every day after school hoping these bad boys didn’t chase him down to do God-knows-what to him. These cowards were careful not to mess with boys whose father showed up to pick them up from school. But my son only had me. A single mom. He was an easy target. A vulnerable prey.

The truth is that even though at times, I chose to drop him off at school and sometimes had to leave work early to pick him up, I was deathly afraid. I had never had to deal with anything like this before. When I attended high school, fists were the weapons of choice. Now he was being threatened by 9mm guns.

When he agreed to testify in court against them, I told him to be brave. That it would be alright. The truth is, I was scared for my son. I was paying big bucks to send him to a private high school, only to have these boys from a nearby public high school torment and terrorize him and his fellow classmates. What kind of parents allow their young sons to run wild on the streets like a pack of hyenas? They were determined to rob, maim, and kill anyone who appeared serious about life. Thankfully, the courts granted a restraining order against the perpetrators as well as their friends.

So, I have very conflicting feelings about this subject. Basically, what I’ve told my sons is to show respect. To be brave. That each of them is an eagle. Not a crow. A Prince. Fearfully and wonderfully made. That, as Christians they don’t have to be always right or win the argument. And that they can do anything they set their minds to.

That is all I can tell them. The rest I leave to God.