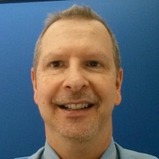 I was walking down the street with my wife, holding hands, trying to decide where to eat lunch. We had been married a couple of years, but we still looked forward to those moments together on a bright, sunny day off, rare as they were.

As we surveyed the restaurants on this mostly empty block in Nyack, New York, I noticed an older woman looking at me. I found her expression curious. She looked at my wife, and back at me.

My wife is almost 15 years my junior. Maybe this woman isn’t OK with our age difference, I thought. But I glanced at my wife, and it hit me: This was The Look.

My wife is black, Caribbean-American. The Look isn’t about age, but about color. It’s a show of disapproval by unsophisticated people — people who may be progressive in other things, but are not color-blind when it comes to love.

That’s a rather nice way of saying this woman was bigoted.

White people don’t generally understand The Look. It’s not something I ever had to deal with before. I know people don’t always like me, for whatever reason. But I honestly try to like everyone until they give me a specific reason not to like them, and I try to base my opinion on specific actions, not general traits.

What am I supposed to do now? I thought. How do I react to her? Do I react to her? I was taken by surprise, but quickly decided that this woman was not a person I needed to react to. She walked by, and I let her pass peacefully. If she had done anything else, I would have reacted. But, I decided, The Look was not worthy of a response.

I thought about this woman during lunch. I thought about The Look. I didn’t mention it to my wife. We had only discussed our race differences casually and lightly during our relationship. For us, it is no big deal. We were (and are) in love. Love triumphs over all. Doesn’t it?

That was a few years ago, and I’ve mostly reacted the same way since then: If other people don’t understand or appreciate our differences—well, maybe those people don’t deserve any attention from me. If they look, they look. So be it. If they initiate an action or conversation, I will deal with that as appropriately as I can.

But the situation has been greatly complicated by the arrival of our twin sons seven years ago. Our boys are incredible, awesome, inspiring and refreshing (as well as tiring, worrying, bothersome and annoying on special occasions).

What do I tell my sons about The Look, which they will inevitably receive some day, when folks realize Daddy is white and Mommy is black?

With black men and women being murdered by police, will my boys be exempt because I am white, or will they be violated because Mommy is black?

I don’t get it. I don’t understand. What do I tell my boys?

This is not a situation where I can just “stay the course.” These issues will inevitably arise someday. Nevertheless, I must inject my lessons and trainings where I can. The best approach, as I have learned in the past seven years, is by example. Dads are the primary role models for their sons. How I act around others, including and especially Mommy, will speak volumes to the boys.

I will add some harmonious teachings, like being open and accepting of people different from themselves, along the way. Life is a journey I must prepare my sons for, as I have prepared.