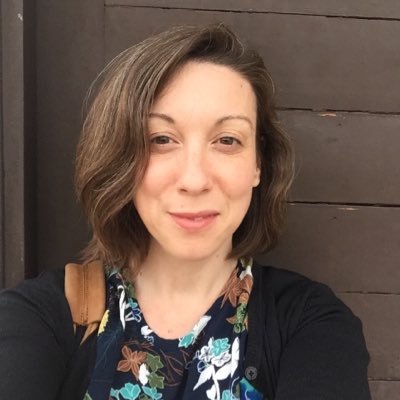 These days, it can seem like gender is making headlines every day — and it’s about time. More and more, trans and genderqueer folks are in the public eye, from the fall elections (which saw the first transgender officials elected to many local- and state-level positions around the country) to popular television shows Transparent and Queen Sugar.

Related story It's Tough to Be a Trans Parent, But Parenting a Non-Binary Child is Tougher

As a queer person with a doctorate in gender studies who is also pregnant, I think a lot about how I will discuss the ever-growing diversity of gender identities and expressions with my soon-to-be child. But here’s the thing: You don’t need a Ph.D. in gender to talk to your kids about it. Below, I’ve outlined three simple ways any parent, caregiver or teacher can broach the topic with kids of all ages.

More: What Exactly Is Gender-Neutral Parenting?

I’ve seen it too many times when I’m out with a friend who presents outside the male/female gender binary: Kids turn to their parents with questions, and there are really only two responses. Either the parent tells the child it isn’t polite to stare and stops the conversation entirely, or the parent engages with the child, attempting to explain gender diversity in some way. I’ve heard various versions of the latter, and there’s no single correct explanation. That said, it’s always better to tackle questions about gender head-on rather than sidestepping them — or worse, saying nothing at all, which signals to the child that gender diversity is somehow bad or something we’re not supposed to talk about.

Social worker Ellice Plant explains, “Kids make meaning for themselves and are capable of answering their own questions. If we show them that gender is fluid, with our language and our actions, they will understand gender identity in ways that make sense to them.” And when given the opportunity to understand gender fluidity, kids will better understand the world around them, including their own identity.

Many parents I’ve talked to use different tactics to demonstrate gender diversity in the everyday. Some change the pronouns when reading stories to their children, especially when the activities portrayed are stereotypically gendered — if the “girl” bear is always wearing pink and shown cooking, for example, they’ll turn that character into a “boy.” Parents who have chosen to raise their children in a gender-fluid way often use a similar pronoun switch when referring to their children. This is especially important in languages that are heavily gendered; for example, Anna Kirey, a human rights worker who speaks Russian, switches between pronouns when talking to and about her child. Cory Silverberg, educator and author of several children’s books on topics surrounding gender diversity, has noted the importance of gender-neutral terminology when referring to children more generally: using terms like “kiddos” instead of “boys and girls” helps kids think outside the binary.

Back in October, I attended a Philadelphia Family Pride conference on queer parenting, where one of the sessions focused on talking to kids about gender diversity. At the start of the session, both the leaders of the discussion and the participants agreed: As with most things in parenting, there is no one “right” way to talk to your kids about gender. There are some important elements, of course, such as reflecting on your own experiences of gender and how they have shaped you, surrounding your child with books that demonstrate gender diversity, learning about shifts in terminology, paying attention to linguistic and cultural specificities and listening to people who are differently situated along the gender spectrum. But in general, we are all figuring it out as we go — so don’t stress about getting it “right” all the time.

More: 5 Ways to Make Sure Our Sons Don’t Grow Up to Be the Next Harvey Weinstein

The important thing to remember in all this is that kids are not born understanding gender one way or another; they are shaped by what they learn. Given the chance, you will be surprised how easily they catch on to what may seem like complex notions about gender diversity. So let them!