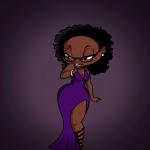 My son doesn’t like candy. I know. Unfathomable, right? What kind of kid doesn’t like candy? Like, not any candy — at all. It’s strange, but true. He’s always been that way, and still is to his recent third celebration of life.

This time of year always makes me a little apprehensive. The topic and question inevitably come up: What is your son going to be for Halloween? I hesitate to give an answer, knowing that it won’t meet the approval of most, the silent judgement rolling over me like gloomy, creepy graveyard fog.

I went back to work shortly before my son turned 1. Six weeks later came Halloween time. My colleagues wanted to know what I would be doing and dressing him up as. My answer?

There were some confused faces and protests — how could I not let him dress up and collect sugary treats? What’s the big deal keeping him out late on a cold misty evening (one that he probably won’t remember and will add a few extra pounds to my hips and thighs)?

Some parents are against the idea of Halloween and trick-or-treating for both general and specific reasons. It varies from the idea of it being a celebration of witchcraft to the safety of asking for candy from strangers. My reasons weren’t that deep — it was simply a logical and logistical thing. We were still getting into the swing of our new routine, we were going to be further from home and of course, the big one: He doesn’t even eat candy.

After I had given my reasons for why I wouldn’t be house-hopping for candy, the decision was taken out of my hands by a costume being purchased for him. I was painted into a corner that I didn’t want to be in.

So I took him out, and guess what? Everything I expected (including the when-is-dinner-isn’t-it-past-my-bedtime-no-I-won’t-pose-for-your-pictures-unhappy face) happened. Sure, he was the cutest cowboy ever seen, but in the end, we as a society need to stop imposing our values and ideas onto other people.

I have wonderful childhood memories of trick-or-treating, and perhaps when the kiddo gets older, he’ll want to do what his new school friends are doing, and I’ll be more than happy to let him. Or perhaps I’ll be that mom who hosts a get-together at the house full of treats of varying nutritional levels.

Until then, we’ll enjoy Halloween in the cozy warmth of home.