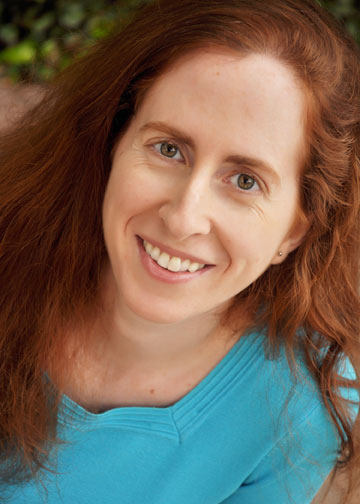 The amazing #WeNeedDiverseBooks movement started after a major book conference announced a roster of all white authors as speakers. It’s been an explosion of people saying loud and clear that representation within literature is important to all people.

I suspect, though, that many parents may not realize they should be involved. Having diverse characters in children’s books and other media isn’t beneficial only for people who rarely see themselves and their families in the books they read. The well-represented need to diversify their kids’ books as much as possible too.

So, for parents who don’t see why diversity in children’s books is your issue, here are four reasons why your kiddos need diverse books.

The world is not populated by just one kind of person. To be a competent citizen, children — and adults — need to know about diversity. Different groups of people have different histories, customs and preferences. You’ll find plenty of diversity within any group of people, too.

Diverse children’s literature, whether fictional or factual, introduces children to the world in which they actually live. They “meet” all kinds of people and see their differences and commonalities. Families who may not have diverse friends or neighborhoods especially benefit from this!

Stories based on true events, or set in historical contexts, can introduce a big topic in a more accessible and age-appropriate way. History and social studies can start with a simple picture book. Don’t feel like you have to tell your kid everything at once though, or you may get one of my son’s favorite phrases: “Mom, too many words!”

More: Valerie Tejeda: Why writing a diverse YA novel meant more to me than making a buck

2. To learn right from wrong

Diverse literature for children is full of historical stories where good stands against evil. The fights against slavery and segregation. The farmworkers’ rights movement. Women struggling for education worldwide. I want my kiddo to learn lessons from the brave, strong people who have sometimes given their lives for a better world. I want him to know, deep down in his heart, it’s wrong to hurt human beings for profit and to use laws to keep some people down. Stories effectively spark those discussions.

Everyone knows at least one jerk who thinks they’re the center of the universe. Maybe they’re not even a jerk. Maybe they’re just clueless. Either way, these folks are bad news. They don’t understand anyone outside of themselves and can’t empathize with other people. They’re really dangerous! Especially when they end up in positions of power, such as government, medicine or education. I don’t want my child becoming the grownup who steps on other people constantly. That’s a real risk, because he has a ton of privilege as a white guy from a well-off family.

Privilege, in case you haven’t heard the term before, means society gives you more credit than someone else based on factors you aren’t responsible for, such as what language you were raised speaking, the color of your skin or whether people perceive you as having a disability. Privilege makes life easier, because you’re not having to prove yourself constantly. I want my son ready to use his privilege when he can, to help break down barriers for people with less privilege, instead of building more barriers. That requires knowledge and empathy.

If you don’t seek out diverse stories and characters for your family to read, you’re missing out! Some of my favorite illustrators and authors are people of color, and their achievements have greatly enriched our lives. Checking their books out from the library, recommending them to friends or online — and buying them when you’re able — rewards their hard work and makes it more likely they can keep creating. Then we all have a more vibrant culture and more books to enjoy. Everyone wins!