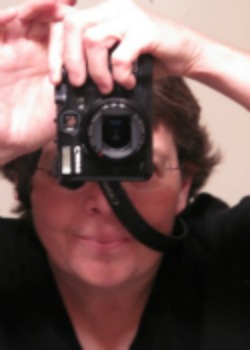 The moment they put that 7-pound baby girl in my arms after my emergency C-section was the moment I knew I couldn’t just wing it anymore. I had to be a 17-year-old adult with virtually no help and little knowledge about babies and their needs.

I wish I’d had a mother there, or a father. Or the baby’s father. But none of that was to be.

I thought back to my own birth. My impulsive parents sold me to their landlady when I was six weeks old and took off with my sister in tow.

I wondered if leaving me tugged at my mother, whose body I grew in until I was born. I wondered if she locked herself in the bathroom, wherever they landed, and cried because her arms were empty without me.

It was tough. I’d had pre-eclampsia and was very sick. But by the time the new semester started at my high school, about five weeks later, I was there. I took classes during the day and again at night to bring myself up to speed so I could graduate with my class. Back then, you didn’t flaunt your pregnancy and sit in class. You stayed home. I found a church daycare to care for my baby while I was in class.

And I did graduate with my class of 1975. My baby girl was by then six months old and in the audience. I had purchased an old trailer for $900, and that was our home. It had lots of holes in the bottom, so it was quite cold in the winter. But I put her in bed with me and covered us with clothing from the closet to keep warm.

Life was not easy, but we made it.

I went on to college, and there met my future husband, a psychology instructor. He was totally enamored of my 2-year-old girl, with her blond bouncing curls. I think he was more in love with the thought of being her father than with me. And I think I was more in love with the idea of giving my daughter the father I’d never had. We went on to give her a younger sister.

What’s truly ironic (and scary) is that, though I was afraid when my baby was born, I wasn’t old enough to realize the real gravity of my situation. That there was little between us and the street. That I was worn out from trying to do it all.

But one thing I do know, the moment I set eyes on her, she was my family. The one I’d never had. I suppose that’s a lot to put on an infant. But I didn’t know any better back then.

It would have been different. That’s all. Because many choices are made in our hearts, and carried out with sheer tenacity. Like me walking out of that hospital that November day with a baby wrapped up in a pink blanket.

All I knew was that we had each other. And that was enough.

37 mins ago
by Tamara Kraus