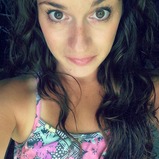 There are many people who see no issue with questioning a woman about whether she’s planning to have kids or when she’s going to have another baby. However, that may change now that this incredible Facebook post has gone viral, schooling the Internet on all the reasons a couple’s baby plans are absolutely none of your business.

It might seem innocent enough to ask a woman (or a couple) about when she is going to have a baby. Maybe she’s been married for a few years. Maybe she already has one child, and it’s been long enough that a sibling could be coming along soon. It’s gone on for so long with nosy aunts, grandmothers, friends, neighbors and grocery cashiers, all wanting to know when they can expect a little bundle of joy from you and your husband. However, it is literally never acceptable to be that invasive, yet nearly all women get these questions at some point during their child-bearing years. Enter Emily Bingham, aka my new hero, with her now-viral Facebook post explaining why you should not ask a woman about her future baby plans.

In her amazing takedown, Bingham became a voice for women everywhere, whether they’re struggling with fertility or relationship issues that are preventing them from having a child or if they just plain don’t want children! Bottom line, it is no one’s business, and she articulated that fact beautifully. She included a random ultrasound picture to get everyone’s attention, and then let loose with a spectacular rant:

She touches on just about every reason a woman might not want to be questioned about their baby plans, but at the end of the day, a woman’s reasons don’t even matter. It’s just wrong to ask people about their sex lives, their health status or their relationship, and questioning pregnancy plans is doing exactly that. It’s mind-boggling that this is such a revelation, because for a polite human being, it seems obvious. To others, maybe not. That’s why this post is such an incredible thing. Maybe it will get through to those rude people that see no issue with making baby plans a coffee-talk conversation. It brings the issue out into the open and might get through to a few thick heads.

More: Holding on to hope during infertility

For my own part, I’ve had various points in life where people asking about my pregnancy plans was rather upsetting. I had issues with one of my ovaries and, as a result, had it removed when my daughter was born. Before going through a battery of tests and understanding my health status, it was up in the air whether I’d be able to have more kids. As my daughter got closer to her first birthday and the questions began about giving her a baby brother or sister, it stung. I wasn’t sure it would ever happen, and being asked only rubbed salt into that wound. I also miscarried what would have been my third child, and it was traumatizing enough that I won’t be trying for another. Being asked if I’m going for a third baby really hurts now. And it’s amazing how many people think it’s a perfectly acceptable conversation to have.

I hope millions of people see Bingham’s words, because she is speaking for so many women. It can be an easy conversation for those without issues that complicate family planning, but no one should ever assume that to be the case. Thank you, Emily. You’ve ignited a discussion that I hope continues until every nosy busybody is aware that this is simply never OK.

More: The worst questions you can ask someone facing infertility