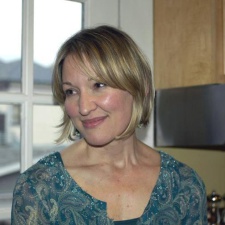 Whether your kid is heading to school toting a brand-new device or is already a cell phone pro, it’s important to make sure everyone is on the same page about what “responsible use” means.

You can keep an eye on kids at home (kind of), but at school, they’re on their own. As with any kind of boundary setting, these conversations can be tense. Fortunately, there are only five rules for them to remember — and one for you, to show that you’re all in this together. (Tweens and teens can also play Common Sense Media’s animated, interactive Digital Compass game to pick up digital-citizen skills.)

Here are our key guidelines for cell-phone carrying kids:

Some schools permit students to use their phones at certain times: between classes, at lunch, on the playground and even occasionally in class. Abusing this privilege could jeopardize your classmates’ freedom. They’ll be mad at you, and your parents could rightly suspend your phone use.

Ugh, it’s the parents calling again. Well, guess who’s paying for your phone? When your mom, dad or caregiver call, it’s probably very important, so don’t send it to voicemail.

3. Ask permission before downloading anything

Even if you have your own app store account, get the OK on any apps you download. If something has in-app purchases, those costs could wind up on your parents’ bill — so they need to know what extra charges a download may incur. They also need to make sure it’s age appropriate and reasonably good for you.

Owning a cell phone is a privilege that not every kid has access to. It’s OK to be proud of your phone — it’s an expensive piece of equipment for which you’ve been given responsibility — but showing off could make other people feel bad. Also, it could get stolen.

5. Use your phone for good, not evil

You’ll see all kinds of misbehavior and mischief regarding phones in school. Set an example for others by being respectful and responsible with yours. Ask permission before taking someone’s picture. Take a moment to consider whether a text or video could hurt, annoy or embarrass someone else. Turn off the phone when you’re supposed to. Don’t let the phone be more important than someone standing right in front of you.

Unless it’s a real emergency — like, you’re going to the hospital — resist the urge to text your kid during the school day. Kids have survived for many, many years without talking to their parents while they’re at school — and they need to be allowed independence. And if your kid texts you, make sure he’s not breaking any rules to do so.

19 hrs ago
by Cristina Velocci