That moment when your kids act like jerks in public is the moment when every parent wants to crawl into a hole and die.

For one mom at the Iowa State Fair, a temper tantrum thrown by her two young sons turned into a valuable teaching moment when a carnival worker intervened.

When visiting the fair with her two sons over the weekend, Jennifer Dockter-Lago of Waukee, Iowa, was “that” mom — the embarrassed mom who wanted to hide her head in the sand because her sons acted up after she refused to buy them a toy from a carnival stand. As any other desperate mom would do, Dockter-Lago tried to contain her sons’ behavior by giving them a timeout on the curb.

More: 5-Year-old boy dies in hot car, but his parents aren’t to blame

As her sons sat and sulked and thought about what they had done, something totally unexpected happened. Dockter-Lago snapped a photo of a carnival worker who crouched down to talk to her sons, taking the time to teach the boys a valuable lesson. The photo went viral after Dockter-Lago posted it to the People of the Iowa State Fair Facebook page, along with her story:

There’s something compelling about this picture, and it’s not just the fact that a carnival worker took time out of his busy day to chat with two boys who were acting up. It’s not abnormal to see kids acting out in public. Most of the time, we try to ignore it or may even give a parent a sympathetic smile to let them know we’ve been there before.

But very rarely do we ever try to help.

The consensus is that we should keep to ourselves because it would be inappropriate to interfere with how another parent is dealing with their child. The general sense of community between parents and the outside world has been ruined by those crazed bystanders who try to teach “annoying” kids a lesson — like the man who slapped a crying toddler on a plane, later sentenced to serve eight months in prison. These kinds of people are dangerous.

And then we have the kindhearted people of the world who actually care about helping a frazzled parent at the end of their rope — like Deane Suni, the carnival vendor and recovering drug addict who sat down with two young boys to talk to them about how it isn’t OK to disrespect their mother in public. What’s so interesting about Suni’s actions, and quite possibly what made them go viral, was his approach: If he had been rude or overly direct, his message would not have been well received. In fact, his story may have gone the way of the man on the airplane. Dockter-Lago would have had every right to call the authorities if a carnival worker was scolding her kids.

But Suni’s approach was much different. He assessed the situation, he watched a mother try to control her sons to no avail, and he took a golden opportunity to sit with the kids for a few minutes to explain how their actions looked to a bystander. There’s no way his lesson won’t make a long-lasting impression on these young kids. Of course, they’ll act up again. They are kids, after all. But because of Suni’s quick and heartfelt response, the boys now understand how their actions affect other people around them, even outside of their family — a lesson every parent tries so desperately to teach.

In today’s world, where parents are under constant pressure to be the best they can be, most of us aren’t willing to give an outsider say in how we are raising our kids. Well-meaning advice from a stranger often comes across as judgment. But something about this story worked perfectly: What could have been a viral headline about a parent outraged at a carnival worker for interfering turned into a touching viral story about a stranger teaching kids an important lesson.

As parents, we can learn a lesson here too: Sometimes it really does take a village. Sometimes it’s OK to let other people help us raise our kids. 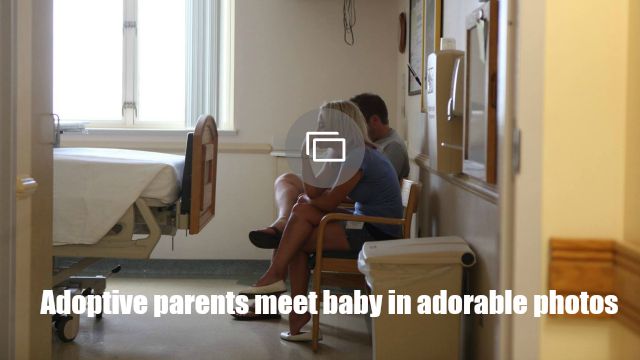