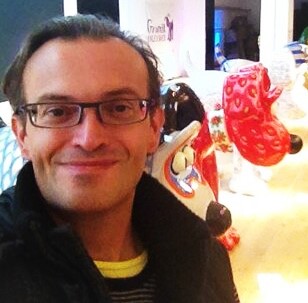 Imagine a child sitting alone on the edge of the playground, looking on as other children run around, giggling and playing football. No one invites them to join in the game, but they’re also too unsure or even anxious to get up and try to join in. Does this sound all too familiar?

As parents, we often expect our children to just know how to make friends. But actually, building friendships isn’t that easy for some children. Underdeveloped social-emotional skills are not that uncommon, with 10-15 percent of children globally thought to have emotional and behavioral difficulties, including ADHD, ADD, autism and anxiety.

By the time children reach school age, if they haven’t developed necessary social-emotional skills, then they may face challenges when it comes to dealing with negative emotions, following instructions, concentrating in class and making friends. While even mainstream children might not be socially and emotionally ready for school, it’s even worse for children with ADHD and other learning difficulties.

To aid children in the development of their social and emotional skills, it’s essential to provide time for play. Personal-, social- and emotional-development play and role-play in particular provide the perfect environment for children to practice social skills and develop their emotional understanding. Research has shown that children who have opportunities for role-play have improved social skills, better ability to empathise and are better able to discern what others mean, among other plus points.

Parents can encourage role-play by setting up a scene. Spaces such as playhouses, tree houses, dens, play kitchens, pretend forts, sand pits, mud digs, water play areas or even just cardboard boxes can promote role-play and develop communication between children. Unstructured playtime where children can play without any constraints or direction is important for children of all levels and from all backgrounds.

Parents tend to oversee playdates while their child is young, arranging which other children their son or daughter interacts with and watching out for any negative behavior, which could sabotage the relationships. For parents of ADHD children or less socially and emotionally aware children, it’s often more hard work as children may be more likely to misunderstand social situations or be unaware of the consequences of their actions.

The best course of action for parents is to be patient and understanding with their child. This might mean taking time-outs to evaluate and explain situations that have arisen during play. Parents should encourage their child to think about what happened and why and what could be done differently next time while maintaining a positive perspective.

Unfortunately, in the U.S. and in the U.K. we are seeing a move away from play-based learning in kindergartens and nursery schools. The shift toward more formal academic learning could be detrimental to our children’s social and emotional development and inhibit their ability to build friendships by disregarding the importance of playtime and non-academic skills.

Many parents, teachers and researchers have raised concerns that our children don’t have time to be kids anymore and that we are trying to fast track their learning. Some have even referred to the situation in the U.S. as a “crisis in the kindergarten” and have called for a reinstatement of child-initiated play as part of the curriculum.

Child-led learning, or passive learning, needs to take place in an environment where children feel safe and comfortable to explore new ideas and where learners can move freely between different activities that engage them in various areas of learning. The environment should encourage interaction between children, getting them to collaborate in their play, work as a team and negotiate during their play.

Do we really want a world that is entirely focused on academic achievement or one where our children are able to develop their social and emotional skills and make meaningful friendships? Let’s not make making friends any harder for our children than it already is.