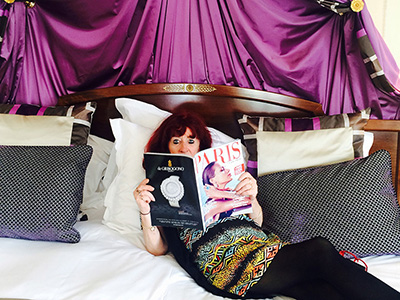 Cyberbullying is an insidious and virulent attack on a person or persons by using online methods, generally through social media. This is not confined to young people but affects adults also. Until adults stand up to cyberbullying, we are unable to support our kids to stand up to these attacks. For young people, cyberbullying can and does have disastrous consequences; and in many situations, this is the same for adults.

As a former teacher, a lot of my career was spent dealing with schoolyard bullies. Over the years, the nature of the bullying changed because the Internet became accessible to students, and they were fast learners. Social media took off, and kids were at the vanguard of knowing how to use it — and effectively how to misuse the powers of this medium.

It became a much harder task for us as teachers to control. While we worked with students to try to teach them to stand up to cyberbullies, we did not ever win the situation. Cyberbullies are clever at cloaking themselves, and this is where they can cause a lot of damage. We worked with parents to try to help them, but again, this is one very insidious and virulent practice.

When I finished teaching, I decided to go into travel writing. This meant that I needed to become a very efficient and prolific user of social media. This is when I started to notice that cyberbullying is not confined to just kids. Cyberbullying is rife amongst grown ups, and not just travel writers. If we as adults do not stand up to cyberbullies, and there is no doubt that this is difficult, then how do we help impressionable young people?

We had a party last year and one of the guests, a friend, spoke to me about not liking all of her Facebook posts. She told me that she would ‘unfriend’ me if I didn’t start liking them. Seriously? I heard of another situation where nasty tweets were exchanged because one person had not been invited somewhere. The tweets were hurtful and personal. This hurt the adult. Think how a younger person would also feel.

Professionally, I have seen cases of trolls humiliating and abusing people for their own enjoyment. This threatening behavior causes even the most hardened person to feel violated and abused. Again, imagine what children must feel like.

I do see cyberbullying occurring when I work on social media. I see arguments, insults and nasty things being said to derail others. This is cyberbullying, and I see some people suffer from being publicly humiliated. I have seen others leave groups because of condescending attitudes… because this is cyberbullying. Standing up to bullies is hard, but not impossible.

As adults, we must come up with strategies to stop this totally unacceptable practice, and then we may be able to support and act as role models for younger people.