Most of us have experienced at least one major fake tanning disaster but they don’t tend to happen until at least our teenage years. Not so for this little chap, who ended up with a very bright orange face after his mum made the mistake of mixing beauty treatments with breastfeeding.

Gemma Colley shared what she described as her “epic fail of fails” with fellow parents on the popular Facebook page The Unmumsy Mum and it quickly went viral.

“From one mum to another, I’d like to let you know about my epic fail of fails,” wrote Gemma. “Yesterday I had a spray tan, a few hours later I breastfed my little boy. Cue 5 o’clock shadow and a very guilty mummy. Lesson to you all. Don’t do this.” 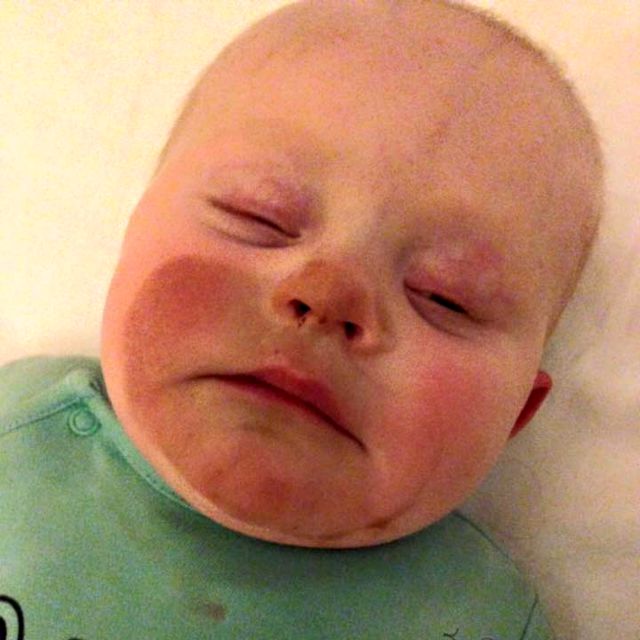 More: Babies really can sense when Mum is having a bad day

The picture of her gorgeous, unsuspecting tot has now been shared on websites across the world and Gemma’s Facebook post already has over 150,000 likes.

While many mums have responded by sharing their own beauty-related parenting fails, some have criticised Gemma, even expressing concern for the safety of her child.

Gemma later posted another picture, showing her baby’s skin “much less orange” and thanking those who left positive comments. 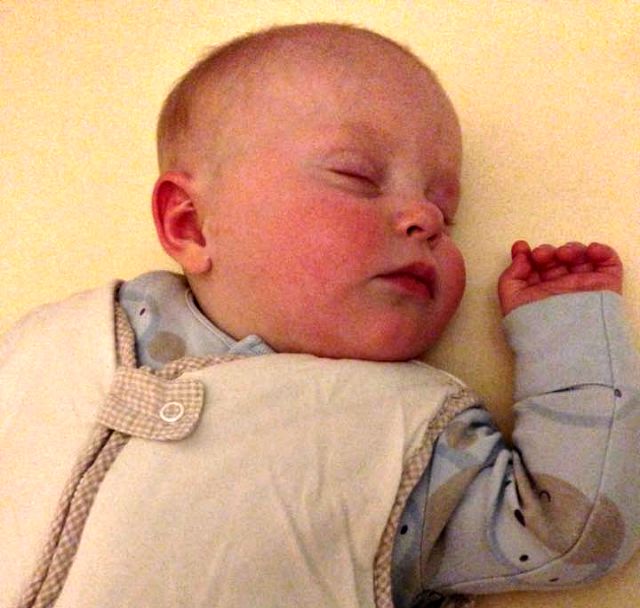 Those who tried to shame Gemma for her mistake clearly live on another planet where parenting is neat and tidy and perfect. Except no such place exists. We all make mistakes, even when we’re trying our hardest to be the best parents we can.

I couldn’t put it better than Gemma herself:

“For all the people out there who are concerned for my little boys safety, here’s a picture I took the morning after. I can confirm I would never intentionally harm my babies. They mean everything to me. Mums often make mistakes, when they’re not dealing with poo, sick etc, they’re just trying to remember not to put the milk and cheese in the cupboard. Dumb and tired maybe, but I am not a bad mum who would ever intend on harming a child. Just a very forgetful one that happens to be going to a wedding at the weekend and doesn’t want to look like Casper the friendly ghost in a bright yellow dress. If I’ve made a handful of mummy’s feel human and not so bad about themselves then I’ve achieved what I set out to do.” (sic)

More: Crowd-birthing is the latest childbirth trend and it sounds like hell

10 hrs ago
by Audrey D. Brashich