Who says perusing the web needs to be a solo affair? Grab your kiddo — and your computer — and check out the cool things that made their way to the Internet this week.

More: 10 Hilarious selfie fails every mom can relate to

Did you know Bugs Bunny turned 75 years old this week? He looks great, doesn’t he? In honor of Warner Bros.’ most mischievous star’s birthday — which was July 27 — here’s the very first Looney Tunes episode where Bugs looked and sounded like the rabbit we know and love. — Variety

More: 50 Fun things to do with your kids before school starts

4. The most amazing meals you’ve ever seen

Have you thought about issuing yourself a gold star after finally making those PB&J rolls you saw on Pinterest? Then you might not want to check out Laleh Mohmedi’s Instagram account, Jacob’s Food Diaries. Each night, Mohmedi asks her 2-year-old son Jacob what characters he’d like to eat the next day, then fixes his meals accordingly. From Simba from Lion King to Olaf from Frozen, this supermom has created edible versions of practically every character known to man. — Huffington Post

Ever wonder what a peanut butter and pickle sandwich tastes like? Or cheddar Goldfish in milk? Watch people try super-weird food combinations, and see their hilarious reactions. (Warning: some bleeped-out NSFW language!) — BuzzFeed

6. An answer to (the lack of) female superhero dolls

Love Gamora from Guardians of the Galaxy or Black Widow from The Avengers but can’t ever find her in doll form (as opposed to every male superhero)? This mom came up with an awesome solution. She started doctoring up other dolls to look like her 3-year-old daughter’s favorite kick-butt characters. Genius idea — and super easy! — Facebook 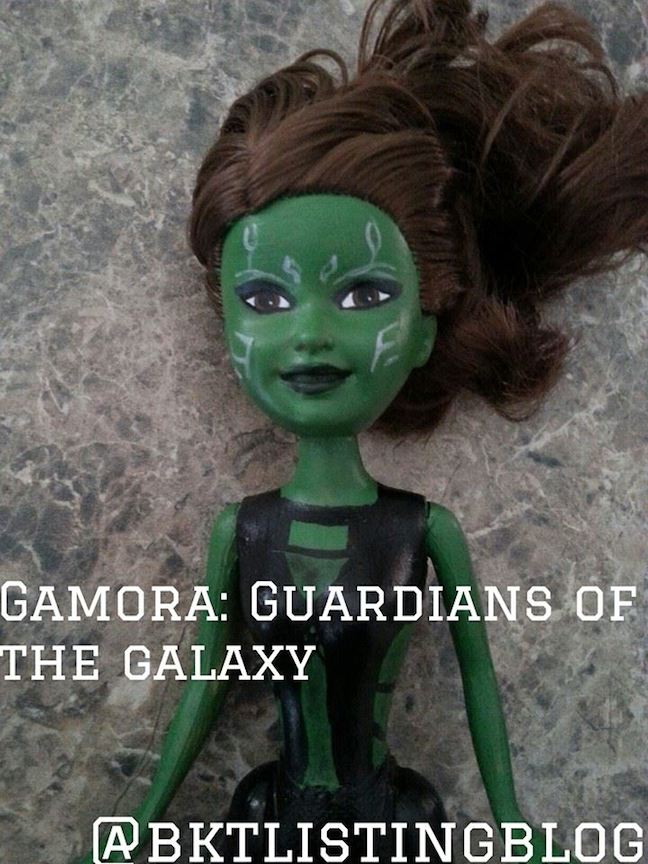