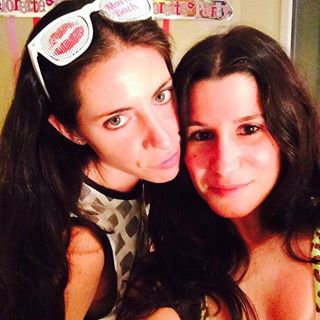 My mother emerged from our foyer bathroom, struggling with her zipper, her dirty blond hair covering her face.

“I can’t stop going to the bathroom,” she said. “I guess that’s what happens with old age,” she said, then shrugged it off.

The inconvenience of having to use the restroom incessantly irked mom enough to visit a urologist. The results of that visit brought news that would drastically alter my entire family’s lives. You see, it wasn’t old age that was causing my mom’s constant trips to the toilet; it was a kidney stone.

But, we thanked God for that stone. When the doctor did the X-ray to determine the cause of Stefanie Rose Kalkstein’s frequent urination, he found an aggressive form of bladder cancer.

The night she told my brother and I she was sick started out like any other week night.

It was about 8:30 p.m., which was around the time I would go into my parents’ bedroom to watch TV with Mom. But, that night, her three best friends were over, and when I went into her room to greet them, Mom responded in an unexpected way.

“Skye, can you give the four of us some time to talk? Then you can come back in, OK?” she said. I knew something was up.

“Kids,” my father shouted. “We need to have a family meeting.”  Now, I was certain something was seriously wrong.

Robb, my older brother, and I both met Dad in the hallway, and he led us into our parents’ bedroom. I was wearing my favorite red intramural basketball tee and a pair of flannel pants.

Mom was sitting upright against the bed’s headboard, her top was half exposed, and her legs were underneath the comforter. Her eyes were red and puffy, and her hair was damp from pushing tears off her face. Her friend Shelly stood to her left, with her hand on Mom’s shoulder. Vikki lay on Mom’s right, stroking her hair. Rhonda lay next to Vikki, her nose was dark red — she’d been crying, too.

“Kids,” she began, her voice was trembling. “I have something to tell you, but before I say anything I just want you to know how much I love the two of you.” I felt like butterflies were jumping out of me.

She took a breath and started to speak again. “I have cancer,” she said.

I became short of breath. My throat immediately tightened up, the way it always does when I am about to cry, and soon after, tears began to fall from my eyes. I tasted the salt. It would become a more than familiar taste.

I threw myself into her arms, sobbing against her chest. The two of us were crying in sync.

It was almost visiting day at Camp Canadensis, where I spent my past six summers. My parents had previously told me they were going to pull me out of camp for the weekend, rather than drive up — it was easier for Mom that way. I was excited about the chance to go home. I would eat my favorite foods, play with my dog, watch tons of TV and see my parents.

I told my friends I’d be back soon, that my mom had cancer, but that it was no big deal and that my parents were just taking me out of camp because it was more convenient. A family friend who was interested in sending their kids to Canadensis were up touring the camp and were nice enough to give me a lift back to Woodbury.

When I got home, Ginger, my 13-year-old yellow Lab, was laying in front of our foyer doors as usual.

“Hey Gingygirl!” I cooed as I hugged my dog hello.

Soon after I saw my dad’s feet walking down the staircase.

“Only if you don’t smell like a cigarette,” I said. I hated that both of my parents smoked. Mom stopped after she found out she was sick, but Dad continued to smoke Marlboro Lights.

“Oh stop it, just give me a kiss,” he demanded.

My dad paused for a minute before calling Robb down from his room. I had no idea Robb was coming home from his summer teen tour of Hawaii and Alaska for a visit. I was genuinely confused. After calling Robb down, Dad told me that we needed to have a family meeting. After hearing those words, I knew we’d be discussing bad news.

We walked into the living room that was to the left of the foyer. Robb and I sat next to each other on the large, beige canvas couch. Dad sat opposite us in the canvas armchair.

“Skye, Mom’s in the hospital,” he said in a monotone voice. “She’s been in the hospital for the past week, they are keeping her there… doing some procedures.”

My father took about 30 seconds to respond. He furrowed his brow, which should have clued me in that he was calculating the correct response.

“We’re going to go see her tomorrow,” he said, ignoring my question.

My brother remained silent during this family meeting. I thought his silence meant that he lacked emotion. And go to see her we did. The following morning Robb, Dad and I piled into our black Ford Explorer and headed to New York’s Columbia Presbyterian Hospital.

I had always hated the smell of hospitals. The odor of stale food, rubber gloves and sickness gives me the heebies.

We traveled up to the 11th floor to Mom’s room; I was eager to see her.

My father said hello to the nurses; he’d been coming everyday, so they knew him well. And then, one of the nurses led us into the room, and what I saw terrified me.

Mom was hooked up to IVs. She had tubes running up her arms and ones that led into her nose. Her eyes were out of focus — this wasn’t my mom.

“Hi,” she said in an airy tone. Her pupils were off from all the morphine.

“Hi Mommy,” I tried to say without showing worry in my voice.

“Hi Baby,” she said while motioning with her palm for me to come closer.

I grabbed her hand and felt the roll on her thumb fingernail, a trademark of all Rose women. I, too, have these rolls on my thumbs. Despite my hopes, this person was unmistakably my mother. She smiled at me and her eyes squinted out tears of happiness. I was crying too, but my tears were anything but joyful.

After the following day’s hospital visit, I learned my mother’s cancer was terminal.

We were on the Cross Bronx Expressway driving home to Woodbury. Robb was in the front seat, while I sat alone in the back of the Explorer.

I once again became short of breath. My legs thrashed in the backseat of the cabin, my arms flailed as I hit the car’s windows. My throat constricted, and I cried harder than I ever had before. I ceased to believe she would survive.

More: Moms get sick, too

Robb sat silent. I was angry with him for being so insensitive. I thought he didn’t care.

We visited the hospital for a couple more days before Mom was brought home to be in the care of hospice. She was a lot more lucid at home, without the drugs. We were able to talk and hang out like we always had — this was the Mom I knew.

She told me she wanted me to go back to Canadensis; to finish out my summer at a place she knew I loved. I didn’t want to leave her, but she reassured me.

I once again believed she would beat cancer. Mom always did anything I needed, and I needed her to live, so I truly thought she would.

Next: More on why losing my mom as a teenager didn’t define my life