Sesame Street has given us years of laughter and learning with their heartwarming characters and catchy songs, but that’s not all it gives moms and dads.

Related story Elmo Got His COVID Vaccine — & He Just Might Help Persuade Your Hesitant Kid, Too

If you are a fan of this long-running PBS show, you may want to consider giving your child a Sesame Street-inspired name. While we aren’t suggesting you name your child Big Bird, you may be surprised how much baby-naming inspiration exists within the cast and characters of the show. 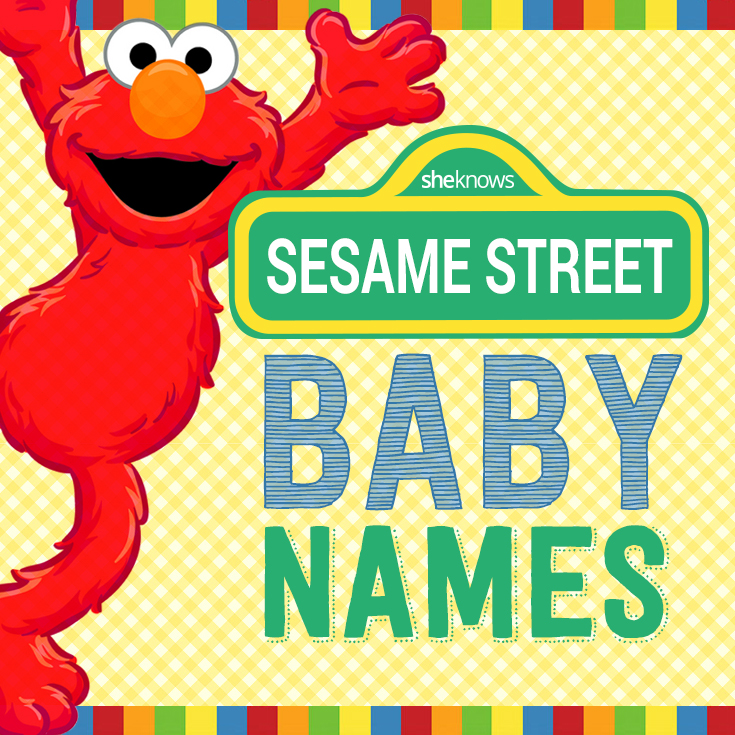 Sesame Street has entertained children and adults since 1969 and many of the heartwarming characters on the show are Muppets created by the puppeteer Jim Henson. The All-American name of Jim is of English origins and means, “supplanter.” For a more unique option, the name Henson would make a great choice for a baby boy. It has Scottish origins and means, “son of Henry.”

Sesame Street has several cute baby girl names that are unique, yet easy to pronounce and spell. The fact that many of them remind us of the sweet and quirky Muppet characters makes it even better.

Cookie (after Cookie Monster) is a sweet nickname for your baby girl, although you should think twice before using this as her first name.

As far as non-Muppet or animated characters, actress Sonia Manzano played the character Maria for 44 years! The name Maria has Spanish and French origins and is a pretty baby name pick for a baby girl. In addition to Maria, Ernestine was another non-animated character with a cute and unique name.

Even though you wouldn’t want to name your daughter after the famous Muppet Miss Piggy, you may be wondering why she is not on the list. Even though Kermit made several appearances on Sesame Street, Miss Piggy was on The Muppet Show (with Fozzie Bear, Gonzo and Animal) but never actually appeared on Sesame Street.

One of the most popular boy names from Sesame Street is Kermit — after our favorite green Muppet Kermit the Frog. Kermit is a name of Gaelic and Celtic origins that means, “free.” The name peaked in the year 1909 and actually fell off of the Social Security Administration’s top 1,000 baby name list after the year 1978. Sesame Street started airing on TV in 1969, so as the popularity of Kermit the Frog increased, it seems fewer parents were keen on naming their sons after the quirky puppet.

Kermit aside, there are several great Sesame Street-inspired boy names that are more subtle references to the show. We left Elmo off the list because the name has become too synonymous with the red furry Muppet with the high-pitched giggle.

Big Bird might be a stretch for a baby boy name, however, you can name your child a bird-inspired name such as Hawk or Falcon. Nicole Richie has a son with the unique bird name of Sparrow.

If you are feeling really adventurous, you can name brothers or twin boys Bert and Ernie… or maybe not.

As a more subtle nod to Sesame Street, you can choose a first name that rhymes with your last name. For example, the characters Abby Cadabby, Sherlock Hemlock and Suzie Kabloozie all have a fun sound to them.

More: The top 25 baby names of the year