Looking for a baby name that is full of American history?

From the classics Henry and Charles to the more unique Lyndon and Nelson, the vice presidents of the United States offer up plenty of baby-naming inspiration — not to mention some esteemed namesakes. Take a look at some of our famous veeps with great naming potential. 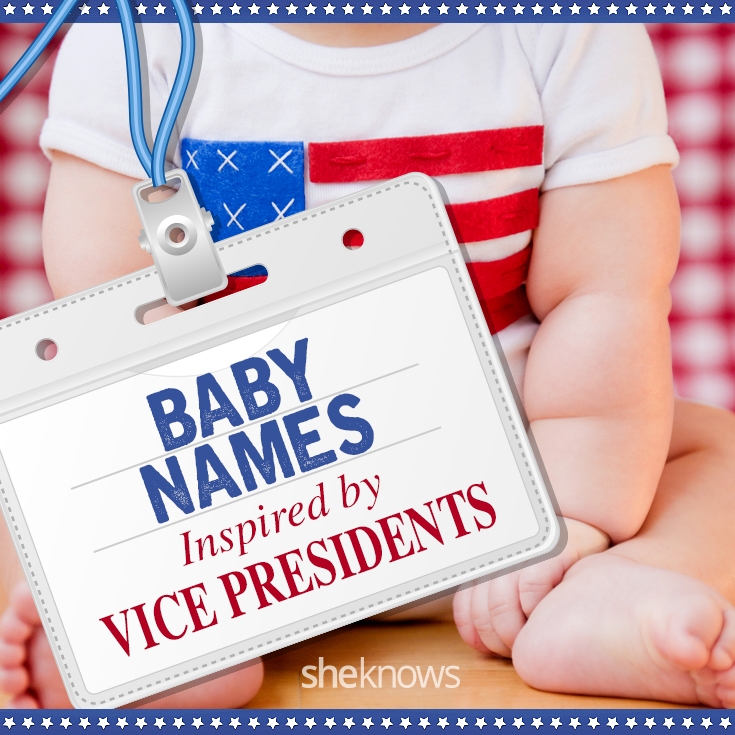 John: The name John is the most popular vice presidential name. There have been five vice presidents of the United States with this All-American name. The name is of Biblical or Hebrew origin and means “the grace or mercy of the Lord.” According to the Social Security Administration, which keeps track of the popularity of baby names taken from birth certificates of babies born here in the U.S., John was the top baby name for boys from 1900-1923. It has since remained in the top 30.

Thomas: There have been three past vice presidents with this classic name. Thomas is a name of Hebrew origin that means “twin.” Thomas has been a top boy name here in the U.S. for the last 100 years and peaked in the 1940s and 1950s when it was ranked in the No. 8 spot.

George: There have also been three past vice presidents with the name George. This name has both English and Greek origins and means “farmer.” This name peaked in the early 1900s when it was ranked at No. 4.

Charles: The name Charles has been the moniker for three past vice presidents. This classic name has several origins, including French and English, and means “manly.” The name peaked in 1929.

Richard: Two past vice presidents have had this name, which has German, French and English origins and very appropriately means “strong ruler.” This name peaked in 1947.

William: The name William has made a place in history from two past vice presidents and has English origins with the meaning “resolute protector.” This name has stayed in the top 20 for the last 100 years and peaked in 1920.

Henry: Two past vice presidents have this classic name, which peaked in 1920. This name has several different origins, including English, French and German, and very appropriately means “rules the home.” The name fell out of popularity, however, recently it has started moving back up the charts.

The following classic names were all held by one past vice president of the United States. Click on the name for details on the meaning and origin.

Not all of the vice presidents had classic names. In fact, you may be surprised to find some unique and cool names from these American leaders. Although some of these names, such as Hannibal, might not be up your alley, we think names like Nelson and Levi are poised for a comeback. We included the year they were in office for reference.