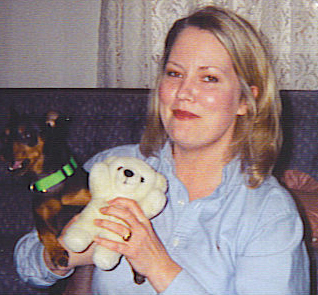 Disney’s gone and done it again.

Disney Channel’s newest original movie, Teen Beach Movie 2, has some good morals and I’m glad my family watched it together. At first I was almost outraged at a continuity issue at the start of the sequel that didn’t quite bridge back to the original like I thought it should. But reminding myself these three things helped:

My mantra settled me down and I’m glad it did. Otherwise, I might have missed several twists that Disney spun into the story and the empowering message it provided to children, especially girls.

The story follows the relationship of Mac and Brady. In the first movie, Mac was about to leave the island to attend a college prep school on the mainland and Brady found out the day before she was to leave. Mac decided to go for one last surf before her trip and was going to catch the gnarliest wave to hit the island in 30 years. A storm was approaching and Brady rushed out to call Mac back to the beach, but they were both pulled under the current and flushed into an alternate reality that happened to be Brady’s favorite beach movie, Wet Side Story, which was set in 1962. Mac encourages the girls in the 1960s movie to be themselves, not to dress to please boys and that they can do anything they want. Mac and Brady finally leave the movie world behind and return to their own reality, setting the stage for a sequel.

So, Teen Beach Movie 2 was that sequel. In it, the movie characters end up in today’s world. My husband, daughter and I laughed so hard during parts of this movie! Seeing our daughter react to characters from the 1960s movie in today’s time was priceless. It gave us a good chance to talk about style then and now and changes in technology. It also gave us a chance to discuss the civil rights movement and feminism.

OK. So I don’t want to give much of the movie away, but I’m happy to share the Top 10 lessons we can learn from Teen Beach Movie 2:

1. One person can change the world. Mac didn’t realize she did it, but her influence on the female lead in the 1960s movie (Lela) did just that.

2. Don’t take education for granted. Somewhere out there, another person wishes they had the chance to go to school and become whatever they want to be.

3. Dare to be different. If someone isn’t nice to you because you’re different, it’s probably because they don’t know how to handle change.

4. Keep a song in your heart. Music offers healing powers, whether you’re going through a breakup or trying to fit in. Music is a universal language.

5. Smiles are contagious. Most of us probably don’t smile enough, even though we all know it takes more muscles to frown than to smile.

6. Don’t settle. You may not be able to change an age-old stereotype, but you can change yourself. Eventually, others will see the stereotype for what it is.

7. Your “meant to be” is just that. It may take a different path to get there or take longer, but you will come into your own destiny.

8. Talk out your problems. Assuming only leads to miscommunication.

9. Talk about your dreams. If you don’t, people may think you have no direction or goals for yourself; and you may miss the opportunity to solve a problem or save the world.

10. Wait for your happy ending. Times may get rough and sometimes, just when you think a happy ending is imminent, something drastically changes. Hang in there! It’s on its way!

Thanks, Disney Channel, for giving us another chance to laugh and learn with our daughter. Just when we think every story has been told, you come up with another one to inspire, entertain and implant infectious tunes inside our heads. Do we want a Teen Beach Movie 3? Yes, please!

17 hrs ago
by Emily Tisch Sussman