An Irish mom-to-be got a huge shock during an ultrasound exam when she saw her deceased grandmother’s face peeping out at her on the printout.

Debbie King is 20 weeks pregnant with a daughter, and she recently underwent a routine ultrasound, like many pregnant women do around halfway through a pregnancy. However, when she brought the pictures home to show her family and friends, she realized there was something familiar in the grainy black-and-white image.

King’s much-beloved grandmother, Teresa King, passed away in 2012 but has remained very much in the hearts of her family members. Now Debbie feels even more that her grandma is still with her and watching over her as her family grows.

More: Baby floats half-mile out to sea while parents sunbathe

Sonogram photos can be pretty tricky to interpret. For example, while many expectant parents can identify by sight whether their baby is a boy or a girl, it’s not obvious to everyone. And many casual observers can’t make out heads (or tails) when shown scan pics. But for King and her family, once her ultrasound photo was tilted a certain way, it was pretty clear what they were seeing — the light and shadow combined into an image that looks pretty similar to their grandma.

“When I looked at the picture, the hairs on the back of my neck stood up,” says Debbie’s sister, Amanda. “It was the creepiest thing I have ever seen. Obviously when someone really close to you passes away, you look for signs of them everywhere, and we were wondering if that’s what we were doing. But everyone agreed that the family resemblance is uncanny. Me and Debbie are strong believers that no one is ever really gone, and we feel like Nanny is in her final resting place now. She’s letting us know that she’s there and she’s happy.”

More: 11-Year-old girl pulls her own tooth out in jaw-dropping move (VIDEO)

Instead of feeling frightened of the image, the family instead is experiencing a feeling of peace. They feel that their much-loved grandmother is watching over the family’s new addition and that Debbie’s pregnancy and birth will go smoothly thanks to her benevolent guardian.

They don’t really think that Grandma is physically in Debbie’s belly, of course, because that would be really weird. But seeing what looks like her image on her baby’s sonogram has been a great comfort to her and the rest of her family.

It can be difficult to move on after someone passes away, but when you see something that really looks like a sign, it can be really amazing. 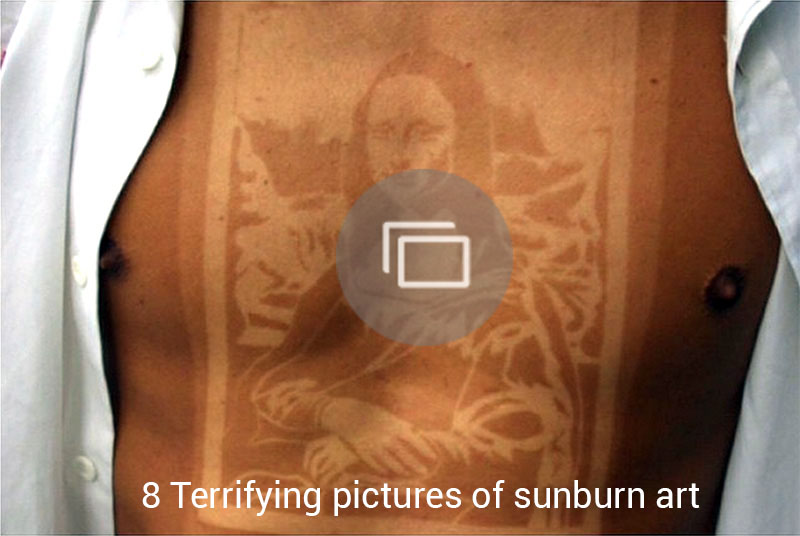