Prince George didn’t let his sister, Princess Charlotte, upstage him at her christening this weekend at Sandringham’s St. Mary Magdalene Church in Norfolk, England. See the cutest pictures as Kate Middleton and Prince William took the youngest royal to be baptized — and find out the heartwarming way Princess Diana was honored.

The Duchess of Cambridge, Kate Middleton, looked gorgeous in a cream Alexander McQueen jacket and Jane Taylor fascinator as she attended the baptism of her daughter Princess Charlotte with Prince William and adorable big brother Prince George — who totally stole the show.

The 2-year-old wore an outfit that was almost identical to the one his dad, Prince William, wore when he met his newborn brother, Prince Harry, for the first time. Prince George is wearing a set made by one of Kate’s favorite designers, Rachel Riley, which you can purchase for around $130.

The royal christening was steeped in tradition — including the 50-year-old Millson stroller which Princess Charlotte arrived in. This stroller was also used by Queen Elizabeth for her own sons, Prince Andrew and Prince Edward.

Prince William’s late mother, Princess Diana, was also honored at the event. In addition to the youngest royal having her name (her full name is Princess Charlotte Elizabeth Diana), the christening took place at the same place where a 2-month-old Diana was also baptized in 1961. In addition, Diana’s niece, Laura Fellowes, was named one of Princess Charlotte’s godparents.

The 2-month-old Princess Charlotte reportedly cried at first when she was taken out of her crib, but she soon calmed down and looked adorable in her christening robe that was steeped in tradition.

Kensington Palace shared several more sweet photos from the event, including this one of Prince George peering into his sister’s stroller. 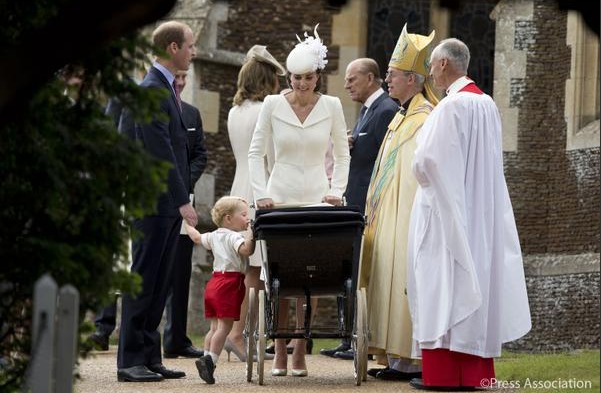 The christening event for the princess, who is fourth in line for the throne, lasted around 45 minutes and was attended by the royal family and several close family members, including Queen Elizabeth and Pippa Middleton. Fans and well-wishers lined the walkway of St. Mary Magdalene Church to catch a glimpse of the royal family. 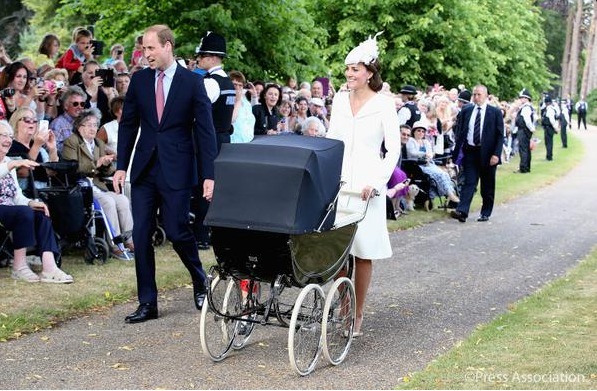 The Palace revealed Princess Charlotte’s five godparents, who were all in attendance for her christening. Even though Aunt Pippa Middleton was not among those with the title, Kate’s cousin Adam Middleton was named, along with Tom van Straubenzee, James Meade, Sophie Carter and Laura Fellowes.

After the christening, Princess Charlotte was in good spirits as she sweetly smiled in her crib. 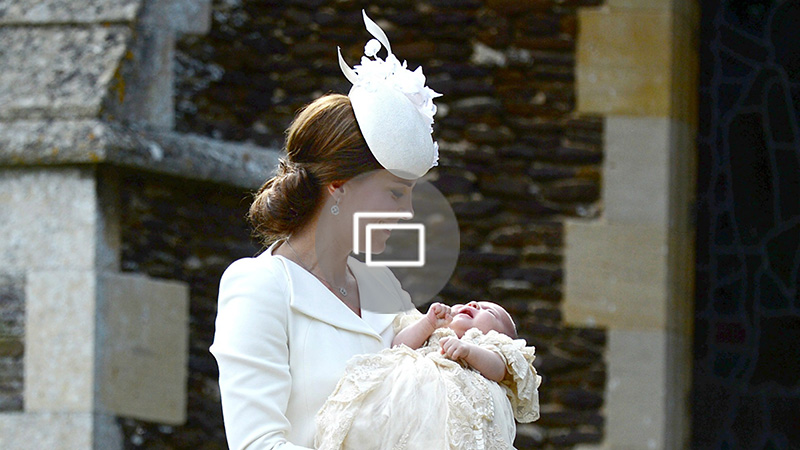