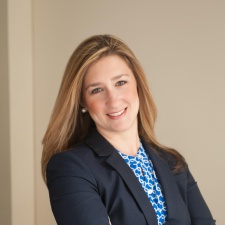 The new Disney Pixar film Inside Out offers a fresh, hilarious and important look at the conflicting feelings that kids often have as they mature. In the movie, we see 11-year-old Riley move from Minnesota to San Francisco. She has a new house, attends a new school and must make new friends, all while grieving the loss of her beloved life in Minnesota.

The writers of the film adeptly capture how we often want our circumstances… where we live, who we are friends with… and emotions to be cut and dried. In the film Riley’s different emotions, joy, sadness, anger, fear and disgust, are shown as characters in her brain trying to deal with the stress of the move. Their extreme personalities resonate with viewers who can’t help but chuckle along with their banter.

The great lesson of the film, one that parents can reinforce at home, is that it’s OK to have a variety of emotions, good and bad. As the plot progresses it becomes clear that Riley’s negative feelings are just as important as her positive ones. The film specifically shows that sadness can lead to joy as it helps a kid understand what she needs from loved ones and life in general in order to be happy.

Feeling a variety of emotions is common and ideal, especially when faced with major life changes. Like Riley, most kids will learn that difficult situations can bring complex and varying thoughts and feelings. As they encounter these challenges, it is important for parents to acknowledge them, talk about them and explain to kids that they will come out the other end having learned important lessons and having made meaningful memories.