From the very first First Lady Martha Washington to the current First Lady of the United States Michelle Obama, be inspired when naming your own baby girl with these amazing American women. 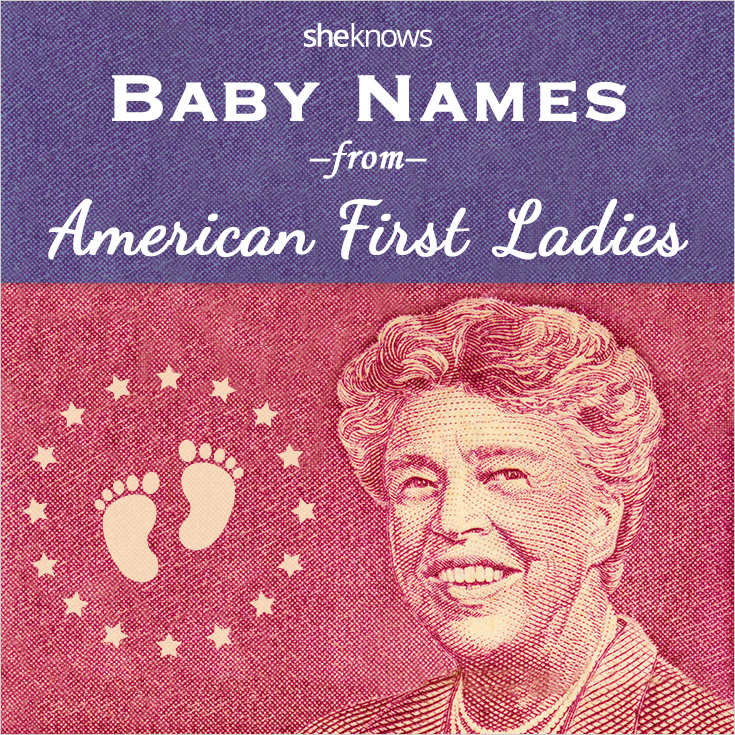 More: Christ, Lucifer and other baby names that have been banned

Names of the First Ladies of the United States

This is such a great list of names, full of American history and tradition. The names of the earlier First Ladies, such as Dolley, Louisa and Martha, are all poised for a comeback as old-fashioned names have started gaining in popularity.

It is interesting to note that the name Abigail, which was the name of the First Lady in 1797, continues to be popular today. The Social Security Administration’s popular baby name list has it ranked No. 8 most popular name this year, with Emma taking the top spot.

Thanks to the fascination with the royal family, elegant names such as Jacqueline, Elizabeth, Eleanor and Claudia are also a great choice, since these names never go out of style. The all-American name of our current First Lady, Michelle, is currently the No. 187 most popular baby girl name, according to the Social Security Administration.

Tell us: What is your favorite First Lady baby name? Weigh in below!

10 hrs ago
by Emily Tisch Sussman