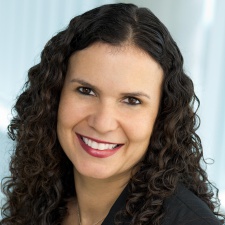 Confession: Sometimes I like to test my kids. Not the “what is the square root of the quotient of nine and the sum of six and three” kind of test (OK, fine, I probably do that too), but the “let’s see what you’re made of, kid” Clint Eastwood/Dirty Harry kind of test.

Related story Ant Anstead Shares How His Kids 'Sense' That He's Happy with Girlfriend Renée Zellweger: 'You Can't Fake It'

To bring it into modern vernacular, I test them as if they were playing Survivor for Kids.

I want to see what their lives would be like with no cable TV, no weekend brunches, no pizza-on-a-whim nights, no chai lattes from Starbucks, no brownies or scones from that cute little bakery that we passed, no extra stuff that we don’t need from the dollar store because it’s only 99 cents.

And so I create a reality-TV world that forces them into this sad state of sacrifice and extreme deprivation. Except there are no cameras rolling and it’s not TV at all. It’s just straight-up, hard-core, no frills or thrills reality, and in the vernacular of my 9-year-old, it’s called “mama doesn’t have a job.”

I can call myself “CEO” all day long. When I really want to elicit social cred for my current state of affairs, I can even don the title “entrepreneur.” But the bottom line is that the enterprise that I am working on tirelessly is not yet generating any revenue and has no venture capital funding, hence, “mama doesn’t have a job” is probably an accurate title for a 9-year-old to ascribe to it.

But as I often tell my children, it’s not what life gives you, it’s how you respond to it. And so my tests for them principally focus on how they respond to their newfound state of lack.

Below are some of my favorite test questions and their corresponding answers, along with a final grade for the kids at the end.

Question 1: What should we do after church, kids? Go to brunch or go home?

Gabrielle: Mama, you don’t have a job. We need to eat at home.

Question 2: What do you guys want to do today? Paint pottery or go home and hang out?

Hendrix: I want to paint pottery.

Gabrielle: Me too, but Hendrix, Mom doesn’t have a job, so we need to go home because going home is free… well, assuming you already paid the mortgage, Mom.

Question 3: Did you guys like that Big Nate book? Should we get more of them?

Gabrielle:  I already got two more from the library that I brought home to share with Hendrix yesterday, because like… you don’t have a job, Mom… so we can’t really afford to go to Barnes & Noble.

Question 4: Any ideas on what we should do for your summer break this year?

Gabrielle: Oooooh! Can we go on a Disney cruise?