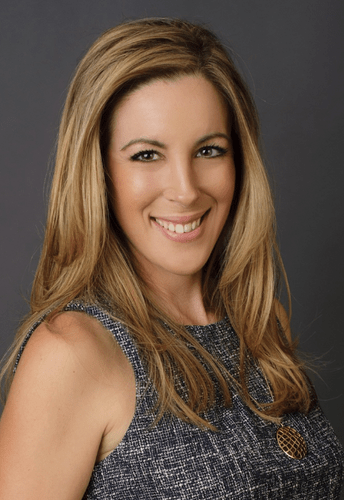 I got married fairly young, the first in my group of friends in fact. Bill and I had no one to turn to for advice when it came to marriage or parenting except for the old-timers. And you know how those conversations start off!

When I was your age…

When I started dating Bill, I guess you could say he wasn’t the “type” of guy I typically went out with, especially if you looked at my past record. But I knew there was something solid and true about him. I felt that he was a good man right from the start. I was 100 percent certain that he would make a great father and that conclusion came way before we even had our first discussion about children.

Three little ones later and we are still trucking along. Father’s Day is always a special time of the year because it gives our family an excuse to shower him with extra love and to thank him for all that he does. He’s very selfless and he does so much for us… for me. I know this.

When we were just a family of four, I decided that we couldn’t have any more children. After our first, Liam, I said that there would be no more babies. I was hospitalized for two months because of severe complications with my second pregnancy. Of course, my family came together and we got through it in one piece, but I felt that it was too great a risk to try again. I simply wasn’t strong enough to repeat the process, mentally or physically.

When I got pregnant with my third child, we were so thrilled. It took five years of conversation and prayer, but we finally decided it was the right time to try. However, when I started to show, I mentally lost it. I broke down to my husband before my 15-week doctor’s visit because I knew that was typically when my troubles began.

I told him I wasn’t ready for this uphill battle I was about to face. I told him I couldn’t do it alone and I needed him to be my absolute rock. I made him promise me that he would stay plugged in 100 percent of the time for our older two because I knew that I had five months of pure bed rest ahead of me. I was about to clock out of motherhood so to speak. Of course, I would still be able to love on my babies. But I wouldn’t be able to run around with them or act in a normal fashion for the rest of the year.

He held my hands and told me that everything would be under control. He told me this would pass and a beautiful baby was waiting for us at the end of this very bumpy ride. We cried for a long while because it was a given, my troubles. I said goodbye to normalcy and headed into my appointment and was admitted to the hospital within the hour.

And the chaos began…

But this last time around I knew that I had someone strong and loving and caring holding down the fort. He promised me he would be calm during homework, fast on the basketball court and fun right before bedtime. He promised me that he would eat dinners in bed with me and continue making play dates with their friends because I was incapable of thinking of these things during my test. You lose yourself when you think you are about to lose your baby at any given moment. Everything else becomes a fog.

I literally wouldn’t have made it through my third pregnancy with my soul intact had it not been for my husband. Truth be told, I probably wouldn’t have had that third baby if I wasn’t married to Bill. I knew that we could get through anything together, just as long as he was on my team.

Dove Men+Care asked me to call out some special features about Bill for Father’s Day. I could go on and on and on. I could tell you a dozen serious stories just like this; I’ve gone through several strenuous tests in my young life. Perhaps one too many for my early age… but that man has pulled me out of the darkness every single time.

I’m fun. I laugh. I wear red lipstick and really high heels. But no one really knows about the burdens I carry. My husband knows most of them and he lifts me, he carries me, he embraces me so tightly that I feel safe enough to exhale. It’s hard to find someone like that in a lifetime. I realize that I am blessed to have found him. I realize that I would not be where I am today had he not found me. Truth be told, I probably would be a very different person today if he wasn’t in my life.

He grounds me. He shelters me. He gives me a safe place to fall.

And he does this all for my children as well.

That to me is #RealStrength. What more could a mother ask for?

Dove Men+Care recognizes that showing care is a sign of a man’s real strength. Men today believe having a child changes the way they think about what it means to be a man. I couldn’t agree more. I can see it through my own husband. When we were 20, different things mattered to him. Now that he is a father, his perspective is entirely different!

Take a look at this video.

The Dove Men+Care “First Fatherhood Moments” film shows real men finding out they are going to be a dad and the emotion they feel as they enter parenthood. I love this and I wish I had filmed Bill’s first moment! I’m actually so upset I didn’t, but in 2004 we just weren’t doing those sort of things! I cried watching this video. Super sweet!

And get this! Starting this Father’s Day, new dads will receive a Dove Men+Care “Dad Care Package” in select hospitals across the country. Can you stand it?! I love that brands are starting to really recognize fathers in the parenting space. My husband is a stay-at-home dad. He is a father to three wonderful children and is as hands-on as I am when it comes to their upbringing. Bravo for giving dads a gift from the very start.

Dove Men+Care hopes to reach 10,000 dads! The “Dad Care Package” will include the range of Dove Men+Care grooming products as well as a letter from a real dad from Dove Men+Care’s “To All Dads” collection, a product coupon and burp cloth to provide care from the first moment.

Happy Father’s Day to all the new (and old) dads out there this year! But a big, warm special one to Bill… because he is our everything!

Share your favorite firsts and all the #RealStrength moments to celebrate all the dads out there this Father’s Day!

Disclosure: This post is part of a sponsored collaboration between SheKnows and Dove+Men Care.