Happy Wednesday Hump Day — also known to us as Celebrity Baby Bump Day. We rounded up the cutest pregnant celebrities of the week including Tamera Mowry, who looked gorgeous on the cover of American Baby magazine. Kristin Cavallari showed off her baby bump in a tiny bikini, while pregnant Jessa Duggar broke her social media silence to post a picture of her growing baby bump. Kim Kardashian and Jessie James Decker round out our list of cute pregnant celebrities of the week.

Pregnant Tamera Mowry looked radiant on the July cover of American Baby magazine. The Real talk show host is expecting her second baby (a girl!) in July. She and her husband are already parents to a 2-year-old son named Aden. 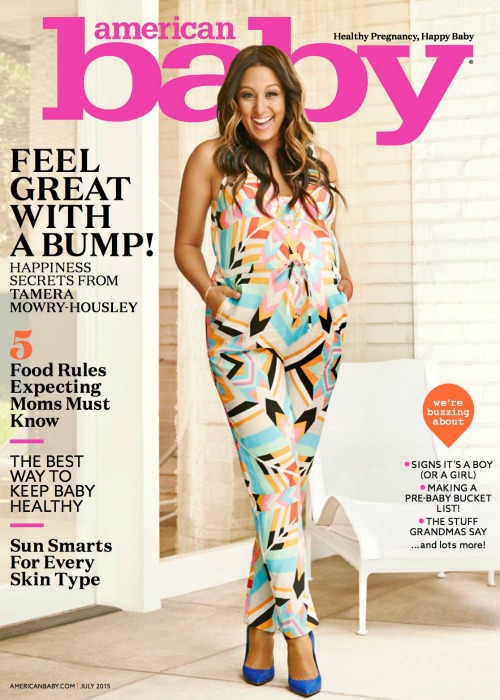 “Every woman carries pregnancy differently, I carry big. It doesn’t matter how much I eat or exercise, I make big babies. Also, I showed a lot sooner with this second baby,” she told the magazine.

Mowry said that she has learned to manage her expectations when it comes to losing the baby weight.

“After Aden, I thought I’d have my flat stomach back in a month by nursing. But I didn’t! I wondered, ‘What is wrong with me?’ But my pediatrician said that there are some women who keep on 15 pounds when they are nursing, while others burn fat like crazy. I could not lose the last 15 pounds until Aden was weaned,” she said.

She also revealed that her sister Tia Mowry’s son and her son love playing together.

“Tia’s son, Cree, and my son, Aden, are the cutest when they’re together. When the cousins see each other, that’s when Tia and I actually get a break, because the boys don’t want us — they just want to be able to play with each other,” she said.

Next up: Kristin Cavallari shows off her bikini baby bump