For some reason, many people create a falsehood surrounding those who access and/or fight for reproductive rights like abortion. It’s as if, for some, once you become a parent, your ability to want to ensure that everyone actually has a choice when it comes to reproduction flies out the window. That’s simply not true.

Related story 6 Questions About Menopause You Were Afraid to Ask

Last week, President of NARAL Pro-Choice America, Ilyse Hogue, shared that she is pregnant with twins, and it has caused major confusion for many anti-choicers. In the Washington Post article where Hogue shares her news, she recounts walking into a hearing on Capitol Hill when somebody asked if her swollen belly was real, as if she would have pretended to be pregnant to prove some sort of point.

However, Hogue’s pregnancy is, in and of itself, making a point. The point that pregnancy should truly be a choice and not something foisted upon a person or couple. In fact, Hogue became pregnant with twins after years of trying, and the fact that she was able to make that choice for her and her family is what reproductive justice is all about. Yet, some seem to lose that rationale, and can’t understand that those fighting for reproductive choice can also be mothers or fathers themselves.

Another fact that tends to get lost by anti-choice activists is that the majority of the one in three women that have an abortion already have one or more children. Abortion is a family issue, no matter how you slice it.

In fact, being pregnant and becoming a mother only strengthened my pro-choice views and desire to ensure that pregnancy and the raising of a family was a true choice and not something thrust upon someone by circumstance.

That is why I am so excited about RH Reality Check’s new tumblr, Pregnant, Parenting and Pro-Choice. The news website has created this tumblr to share photos of parents who are pro-choice and proud of it. It helps change up the narrative of who supports things like abortion and access to true reproductive choice. Perhaps by sharing our stories and our truths we can help shift the perception and stigma around things like abortion.

The page has a variety of pictures and quotes by parents who are pro-choice. I love this one by Megan Peterson, Deputy Director of National Network of Abortion Funds “I love being a mom more than anything, but my pregnancy, birth, and parenting experiences have only made it more obvious to me how important it is to be able to make that decision for yourself. Babies aren’t punishment for having sex. They’re human beings who deserve to be loved and wanted.” 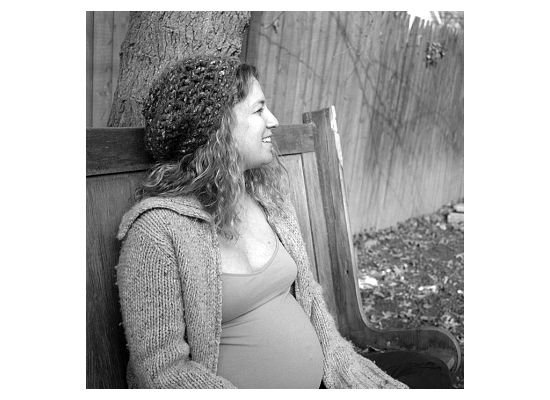 I am proud to have a picture from when I was pregnant up on the site, along with my own thoughts on being a pro-choice parent. So, please, join me and others to show that you can be a parent and be someone who supports the choices of others when it comes to reproduction.