Happy Wednesday Hump Day — also known to us as Celebrity Baby Bump Day. We rounded up the best celebrity baby bumps of the week starting with Kim Kardashian, who just revealed she is pregnant with her second child. Pregnant Leighton Meester posted a sweet selfie, while Kristin Cavallari belts her bump. Jessie James Decker and Naya Rivera round out our list of the cutest baby bumps of the week. 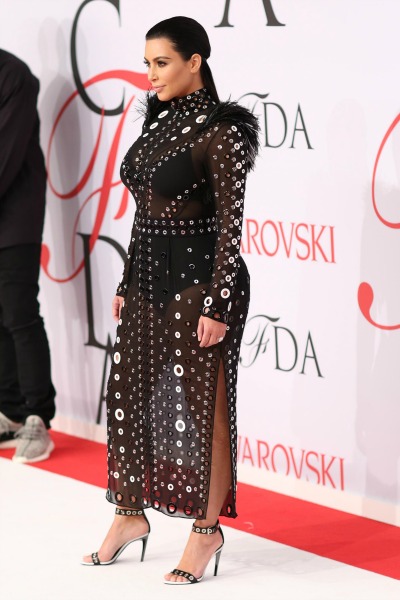 Kim Kardashian showed off her baby bump for the first time since announcing she is pregnant with her second child at the CFDA Fashion Awards.

The 34-year-old reality star posed on the red carpet with her husband Kanye West in a sheer, custom-made Proenza Schouler dress, which showed just a small hint of a baby bump.

She later showed off her baby bump in an ultra-tight pink dress in this photo she posted on her Instagram page.

Kardashian’s due date is early December, which means North West and her new sibling will be 2-1/2 years apart.

After struggling with infertility and a failed in vitro fertilization attempt, Kardashian first announced the baby news during an episode of Keeping Up with the Kardashians. “I just got the blood test back and I’m pregnant!” she said in the clip.

Kardashian told Us Weekly on the red carpet at the CFDA Fashion Awards that she has been suffering with morning sickness.

“To be honest, I’ve had really bad morning sickness, day sickness, night sickness — I can barely get out of bed,” she said. “It’s a very different type of pregnancy from my first one, but I’m so grateful to be pregnant when we didn’t even think it was going to happen for us [so] I don’t care how sick I am.”