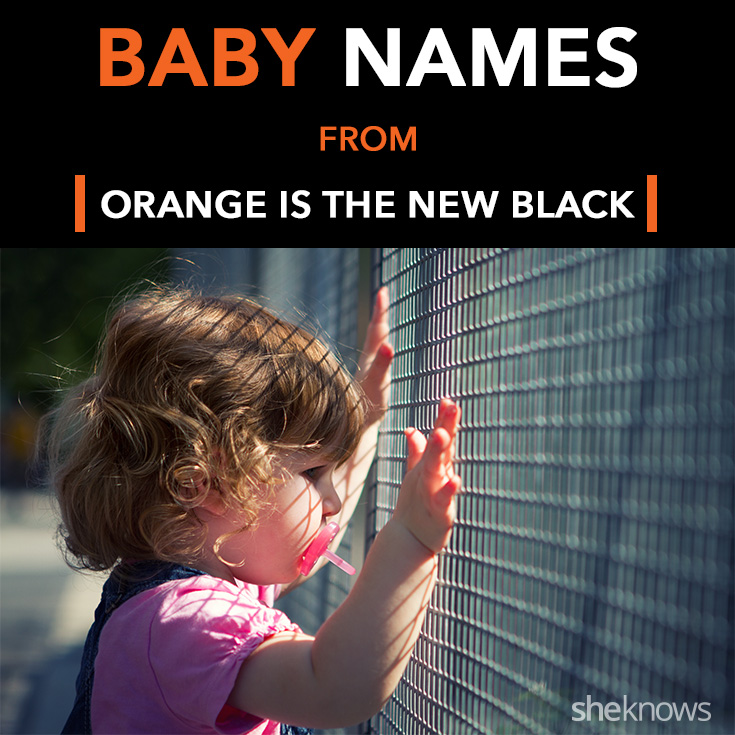 In you case you missed it, orange is totally the new black and Piper is the new Emma. The hilarious drama/comedy (let’s just call it a dramedy) Orange Is the New Black not only has killer storylines, but killer character names as well.

In fact, the name of the main character, Piper (played by actress Taylor Schilling), jumped up the popular baby name charts since the show came out in 2013.

The name Piper is of English origins and very appropriately means, “piper.”

We also love the name of Alex, played by actress Laura Prepon. In fact, tomboy baby names are a huge trend right now so we predict this name will also be climbing in popularity. For example, Mila Kunis and Ashton Kutcher named their daughter Wyatt and Blake Lively has a baby girl named James.

Alex is a name that has both Greek and English origins and means, “defender of mankind.”

There are some names we wouldn’t recommend, such as the character Poussey played by Samira Wiley (no explanation needed here), or “Crazy Eyes,” however, there are many more unique names to consider. Here are some of our favorite Orange Is the New Black names.

Character names from Orange Is the New Black

Love these names and want to find out more about them? Click on the name to find out the meaning and origin of each name.

If you want a name inspired by Orange Is the New Black, but you really don’t want one of the character names, then perhaps you should consider a colorful name. Orange isn’t a name that exactly rolls of the tongue as a baby name, however, the following shades of orange would make adorable names.

The names of different shades of black are also great names, perfect for boys or girls.

For more colorful names beyond orange and black, check out this article on baby names from every shade of the rainbow.
Tell us: Do you like names from Orange Is the New Black? Weigh in on your favorite below!