Long summer days mean a whole lot of “I don’t have anything to doooo” and “Mom, I’m boooored!” Nope. Let’s nip that right in the bud.

A few years ago, my then 6-year-old would come to me several times a day saying she had nothing to do. No amount of pointing out her books, LEGOs, or the great big outdoors helped her make up her mind. I wanted to keep her entertained, but more than that, I wanted her to learn the importance of independent play. Fortunately, a friend had a suggestion.

Rachel, a homeschooling mom to five precious hooligans of her own, invented just the solution to this problem. “I remembered hearing about mothers who gave their child something useful to do when a child was complaining of boredom, and there’s always plenty of work to be done in a house,” she explains. “I thought I’d try it.” Since coming up with jobs to do on the fly can be a challenge, she made up a family chore chart with jobs chosen in advance. And that’s where we come in.

The “Nothing to Do” jar

First up, you’ll need a jar or a box or any sort of container. I went with a mason jar because this is the internet. Anything your child can stick a hand into blindly and dig around in will suffice. Perhaps an old top hat if you’re a magician or Abraham Lincoln. 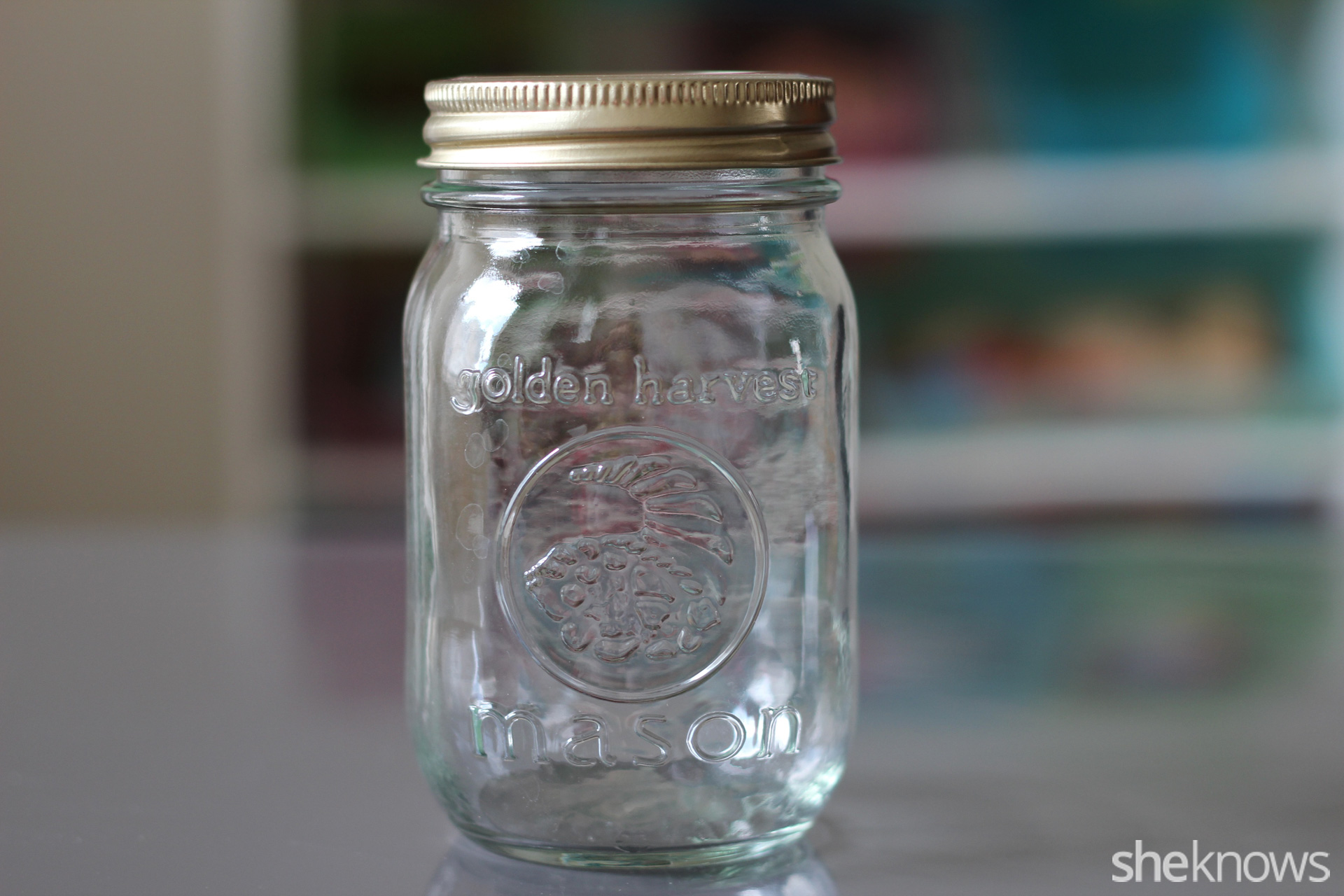 Next, type up a bunch of chores. Or write them out on scraps of paper if you’ve got Pinterest-worthy handwriting. You do you. Make sure the jobs are age-appropriate and won’t need your supervision to complete — that negates the purpose of the whole thing. I chose jobs that always need doing because I hate to do them. 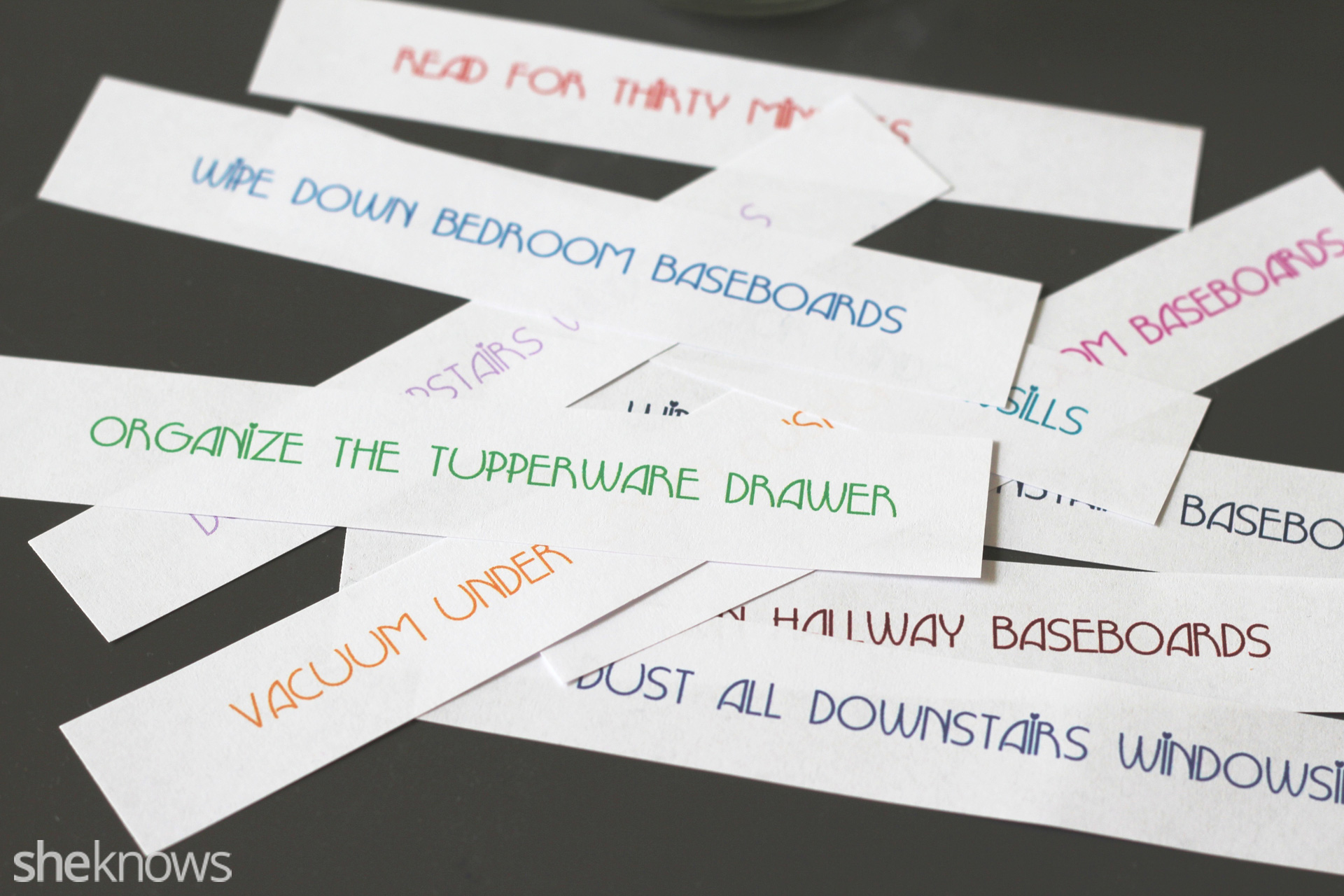 If you’re feeling generous of heart and spirit, you can add a few fun activities, but it’s a gamble. Fold up all the little slips of paper and put them in the jar and then tuck it away until the first opportunity presents itself. 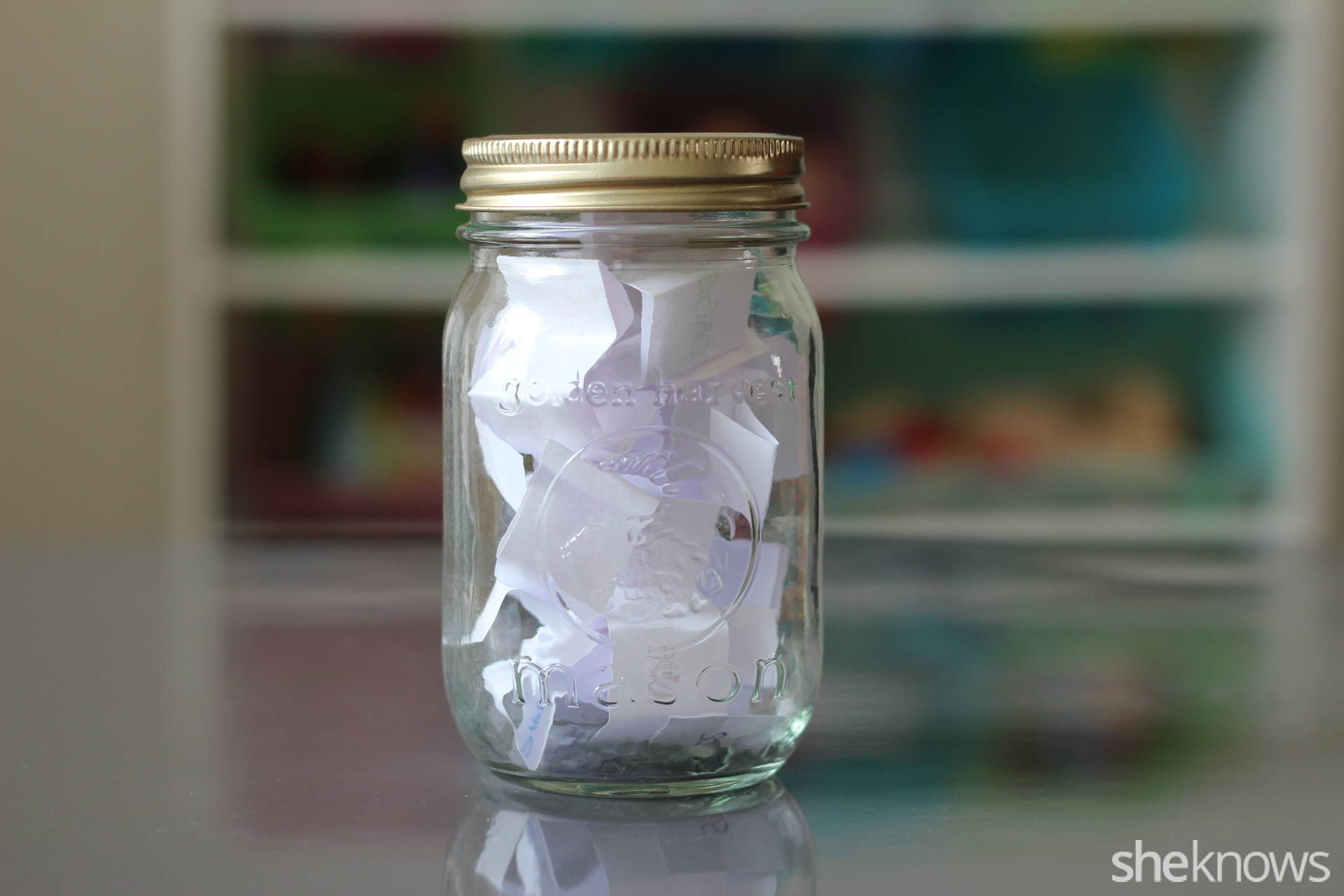 Which, let’s face it, probably presented itself 18 times while you were fumbling with the scissors trying to get this put together.

Now, for the rules: Any time a child utters the phrase “I’m bored” or “I have nothing to do,” point them toward the jar. “Why, you’re in luck,” you’ll merrily chirp. “I have a whole jar of things for you to do!” Do the big mom grin. You know the one.

Think of it like a swear jar, except instead of putting in a dollar, your child takes out a thing he definitely doesn’t want to do with his free time. While my daughter thought wiping down the fridge was novel the first time she’d wept of boredom, she soon trained herself out of claiming she had nothing to do. Like my friend’s sons, she had gotten the message. “Eventually, because when it comes to natural consequences, children are slow learners,” Rachel recalls, “they decided that they would rather choose their activity instead of having me choose one for them.”

Take ten minutes and make yourself one of these jars, friends. You’ll either end up with a very clean house or independently content children. Win-win.

More on kids and chores

Household chores: Are your kids doing enough?
These simple hacks took the angst out of my kids’ chores
Why I won’t let my kid get away with being lazy

48 mins ago
by Rita Templeton