Pregnant Zooey Deschanel looked adorable as she showed off her growing baby bump in a blue jacket and leggings as she left Hugo’s restaurant in Los Angeles with her fiancé, Jacob Pechenik. 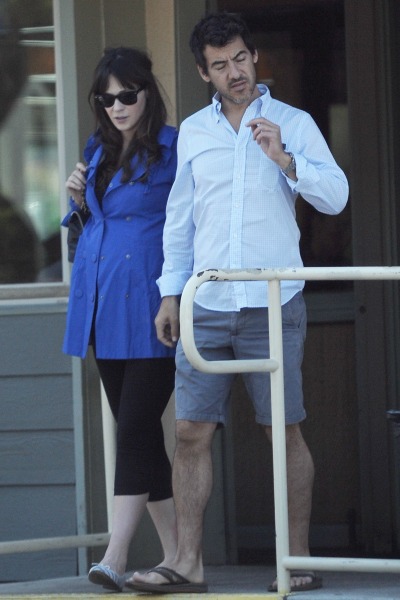 The 35-year-old New Girl actress is expecting her first child this summer with her producer boyfriend.

As it turns out, Deschanel’s sister, Bones star Emily Deschanel, is also pregnant so the two siblings can be excited together.

Deschanel revealed that she has been hiding her baby bump while filming New Girl.

“It’s been pretty easy to hide in costumes so far!” she said. “And we only have about four episodes left in the season, so we’re doing pretty well.”

The actress said that she “didn’t think” her New Girl character, Jess, would also be pregnant on the show.

Next up: Not much longer! Pregnant Kate Middleton cups her baby bump

2 hrs ago
by Ali Carr

I Am Teaching My Chicano Children To Make Others Feel Seen, Because We Were Once Them

2 hrs ago
by Ambrosia V. Brody