Will your baby’s personality be sweet or salty? Get him or her off to the right start with one of these baby names inspired by our favorite snack foods.

Related story The Best Baby Names for Your Little Leo

Everybody knows babies are delicious. Every parent hears, “Don’t you just want to eat him right up?” on the regular. From buttery cheeks to hammy thighs, babies are downright tasty. So it’s only natural you’re considering naming that bun in the oven after an older sibling — the food baby. (Of which we have all had many.) 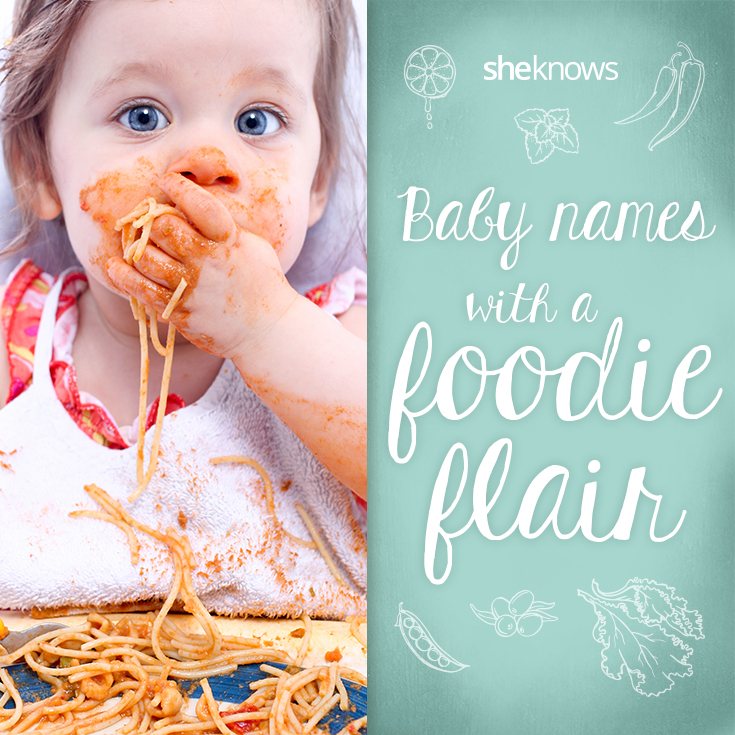 We started by scouring the shelves for any brand name foods that made our mouths water. Whether you prefer chips, cookies, crackers or cereal, snack food baby name options abound for both boys and girls. Recently, a judge ruled that parents couldn’t name their baby Nutella, but don’t fret. Most brands borrow their names from their founders — actual people — so these monikers aren’t all that out there. People will assume you had an Uncle Graham rather than suspect you spent your pregnancy devouring s’mores. Most of the boy baby snack food names come from chips and other salty treats, but there are a few sweet baby names sprinkled in.

It appears food companies have taken the old “sugar and spice and everything nice” saying literally when naming their candy bars, cookies and baked goods. These baby girl name choices are perfect for any parent with a sweet tooth.

If naming your baby directly after an actual food company doesn’t sit right in your belly, look to the company mascots. Unfortunately, no one seems to put a lady on their cereal box or snack mix. What the heck, food companies? Ladies like to eat, too. At least Sam, the only unisex baby name on the list, could go either way. Did you know these characters had actual names?