This isn’t one of those times where kids say the darnedest things. When a young boy began to have vivid and horrible nightmares at the age of 4, it prompted him to tell his mother at age 5, “I used to be somebody else.”

Related story A Small, Beautiful Way to Cope With Mother's Day if You Don't Have a Mom

Maybe I saw the Sixth Sense one too many times in the ’90s, but even reading that makes my hair stand on end. As now 10-year-old Ryan’s mother Cyndi Hammons told TODAY, “He said, ‘Mom, I have something I need to tell you. I used to be somebody else.'”

It’s at this point in the story that most parents would just stop listening. What does a 5-year-old know about a past life anyway? But Ryan’s stories were too compelling to ignore. Even as a young child, he spoke of “going home” to Hollywood and would cry to his mother about it. Hammons said that young Ryan talked about a glamorous past life where he worked for a Hollywood agency, danced on Broadway, traveled abroad and even met Rita Hayworth. Ryan also remembered a love of orange soda and living on a street with “rock” in the name.

The incredible detail in her son’s stories was enough to make Hammons pay attention. Hammons planned to keep Ryan’s past life a secret from her husband since it didn’t jibe with her traditional Baptist beliefs — that was until Hammons found a game-changing picture in a library book.

Ryan was able to identify himself as a movie extra in a shot taken at Mae West’s 1932 debut movie Night After Night. 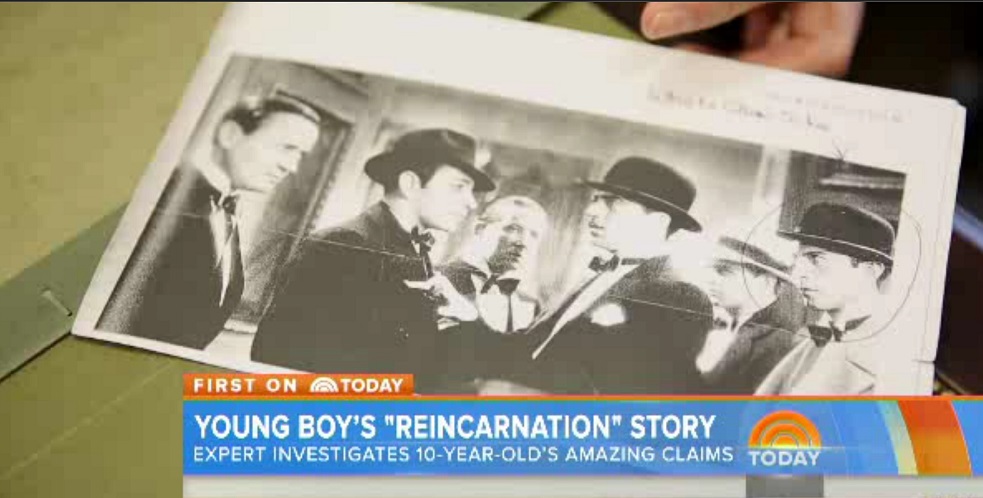 That eerie discovery prompted the Hammons to take Ryan to a child psychiatrist posthaste, one Dr. Jim Tucker, M.D., the Bonner-Lowry Associate Professor of Psychiatry and Neurobehavioral Sciences at the University of Virginia, who had studied children with stories of reincarnation for more than a decade. Dr. Tucker called Ryan’s case one of the “most unusual” because of his detailed recollection of his past life in Hollywood.

With the help of a documentary research team, Dr. Tucker was able to identify Ryan’s past self: a movie extra turned Hollywood agent named Marty Martyn, who died in 1964. And, get ready to be thoroughly creeped out: Martyn had a full career that included traveling abroad and dancing on Broadway. Sure enough, Martyn also loved orange soda and once lived on Roxbury Drive in Beverly Hills. Tucker was able to match 55 details about Martyn that Ryan provided, most of which could not be found on the internet. 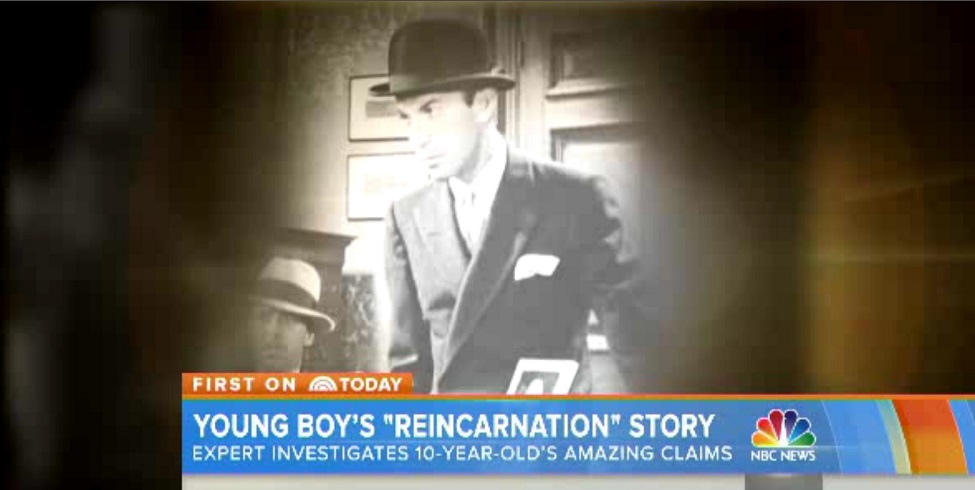 Ryan even mentioned that it seemed unfair for Martyn to die at 61 and come back as a baby, though his death certificate said age 59. Dr. Tucker later discovered that Ryan was correct, and the death certificate was wrong: Martyn died at age 61.

Whether or not you believe in reincarnation, Ryan’s detailed accounts of a past life are hard to shake. But what’s even more impressive is the way his mother handled the situation. Though Ryan’s stories went against her religious beliefs, she gave her son the attention and support he needed to express his true self. Now that’s good parenting.

Kids weigh in on what it really means to be a man (WATCH)
For this family, three kids was the magic number
27 Positive tuberculosis tests confirmed at Kansas high school

Why Did Mandy Moore Name Her February Baby August?