St. Patrick’s Day is a great excuse to have a fun-filled weekend with your kids. Plan what you’re going to do in advance so that your little ones have something to look forward to. 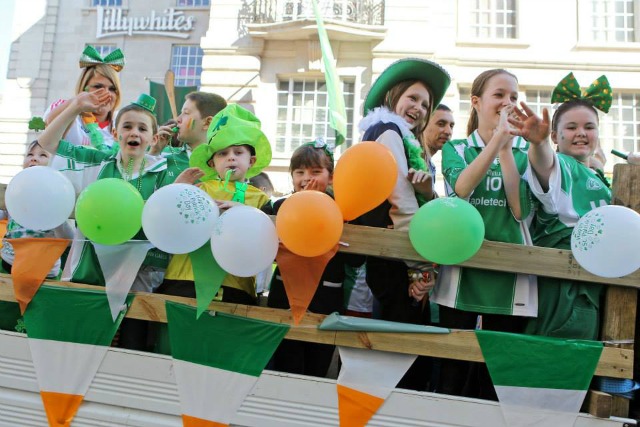 London’s flamboyant St. Patrick’s Day Parade is on Sunday, March 15 kicking off at 12 p.m. Grab yourselves a spot on the route, which starts at Green Park Station, goes up Piccadilly, along Lower Regent Street, the Mall and Cockspur Street, around Trafalgar Square and finishes up in Whitehall.

As well as the parade Trafalgar Square has an Irish food market and a stage with lots of top quality Irish music, song and dance. Kids get a marquee all to themselves with arts and crafts, dressing up, a mini photo booth, face painting and nail art. 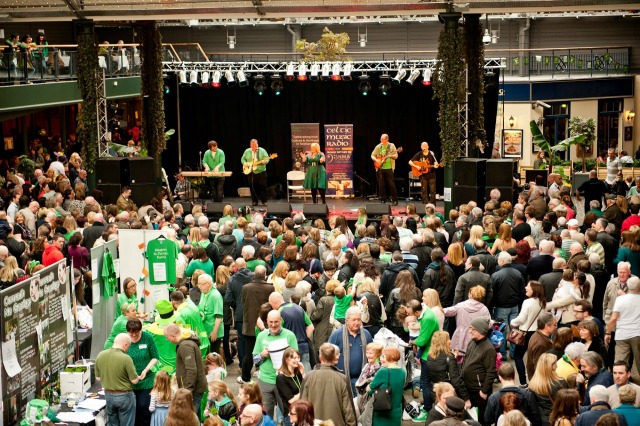 On Saturday, March 14 Glasgow’s Merchant Square hosts the annual St. Patrick’s Family Fun Day from 12 p.m. to 5:30 p.m. Be entertained by live Irish music and songs, Ceili dancing, face painting, the announcement of the Glasgow Mary of Dungloe nomination and lots more still to be announced. When the kids get hungry, take advantage of the wide range of restaurant and bars on the Square who’ll all be running their own special St. Paddy’s offers. 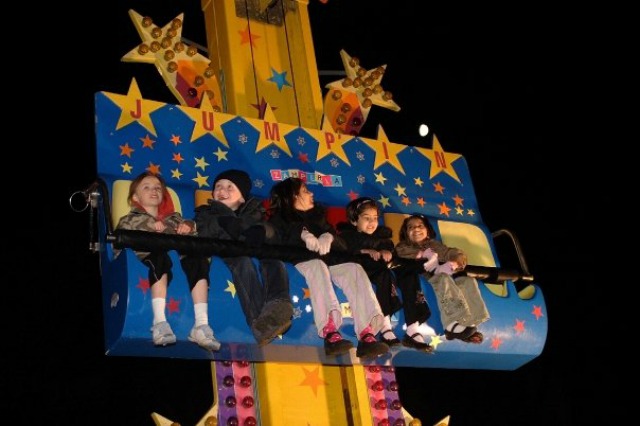 The annual Manchester St. Patrick’s Day Parade sets off from the Irish Heritage Centre at 11 a.m. on Saturday, March 14. Tens of thousands of people will line the streets of the city to take in the spectacle and support the floats, bands and groups representing the Counties of Ireland and community organisations.

In Albert Square the Manchester Irish Festival market runs from 12 p.m. to 6 p.m. from Thursday, March 12 to Sunday, March 15. There will be stalls and entertainment for all ages, children’s rides and even a leprechaun house. 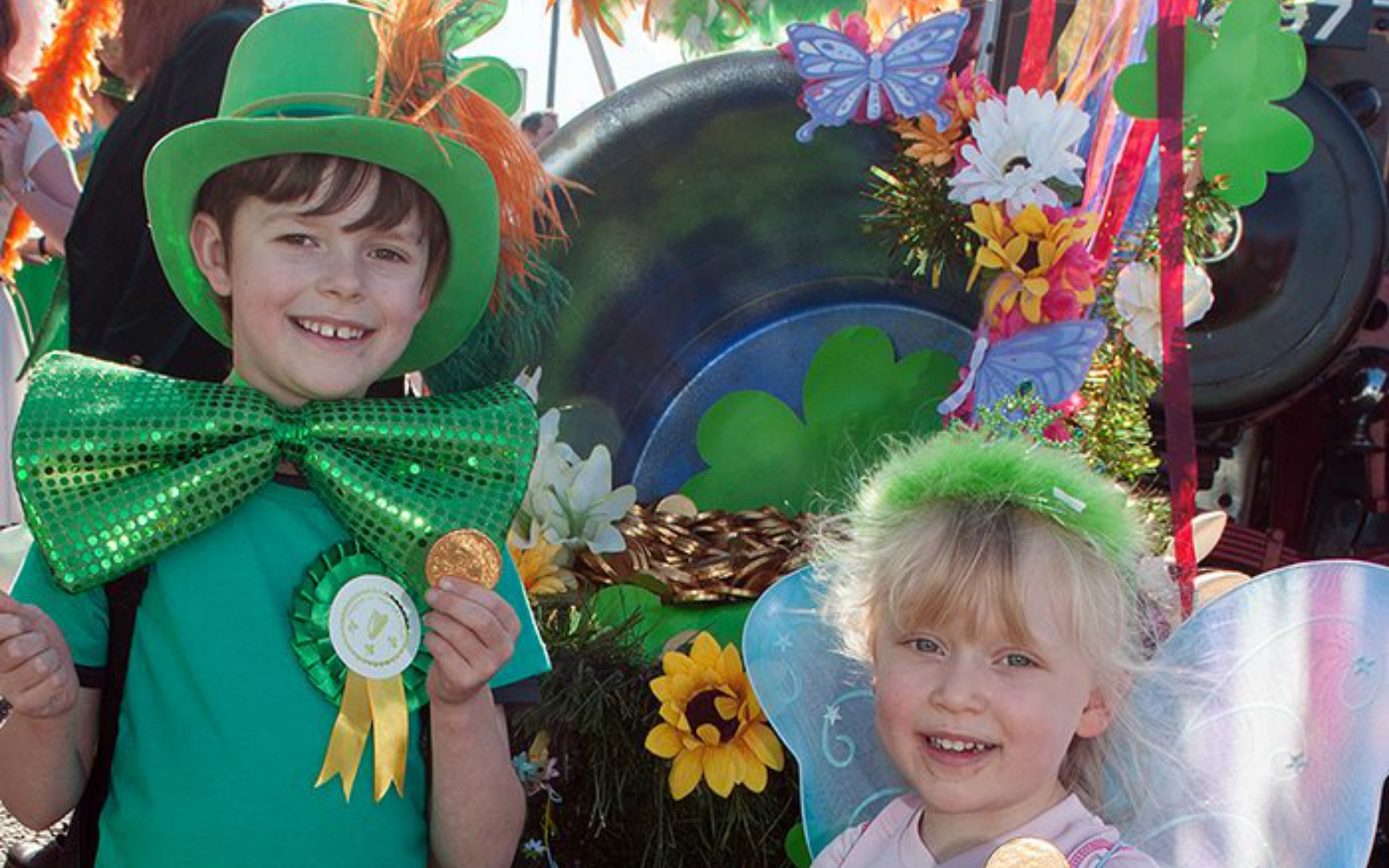 The Birmingham St. Patrick’s Day Festival is one of the biggest of its kind in England and is always a colourful affair, with the city going to town on its entertainment and decorations. Organisers of the 2015 event say it will be “bigger and better than ever” with its “Emerald Village” hosting live music, dance performances and fairground rides on Sunday, March 15. A whole area will be devoted to children with face painting, bodhran drumming and tin whistle workshops. 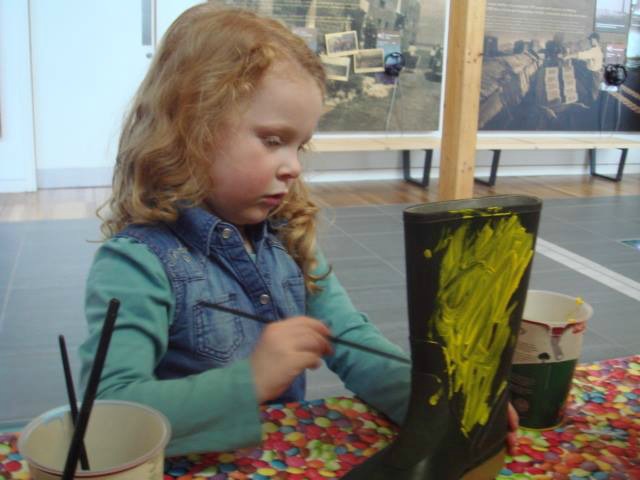 If you fancy taking your kids away from all the hustle and bustle of the St. Patrick’s Day celebrations, Belfast’s Castle Espie has a lovely Paddy’s Day treat for them.

From 11 a.m. to 4 p.m. on Tuesday, March 17 your little ones can seek for laughing leprechauns hidden around the reserve, meet the “snakes St. Patrick forgot to banish” and have fun making art with potatoes.

More: How to make shamrock salt dough necklaces for kids 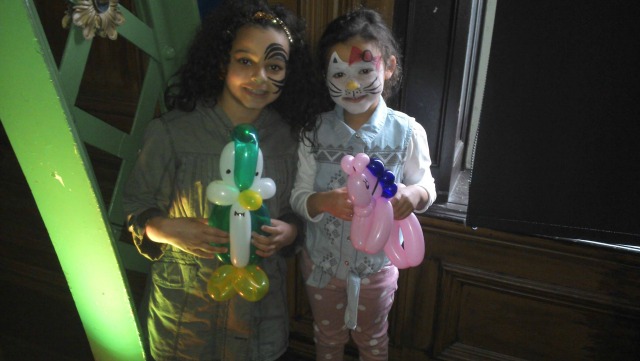 Newcastle’s Discovery Museum is holding a St. Patrick’s Day Family Ceilidh from 12 p.m. to 3 p.m. on Sunday, March 22, with music from Tony Corcoran’s band and, of course, plenty of Irish dancing. For a break from the jigging, visit a craft table and get your little ones’ creative juices flowing. The pop-up cafe will be serving Irish-themed food suitable for all. 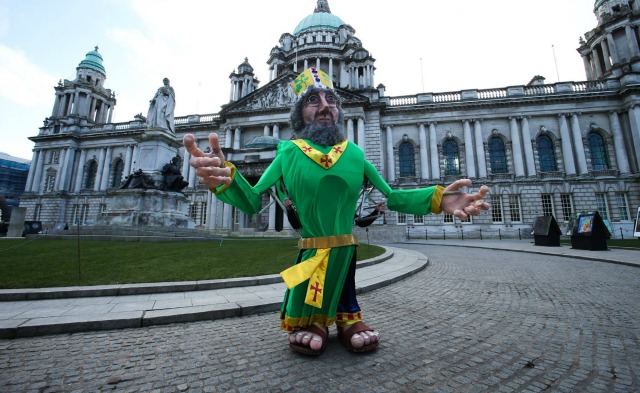 Belfast’s annual St. Patrick’s Day Carnival and Concert takes place on Tuesday, March 17 at various venues across the city centre. The Carnival leaves from City Hall at 12 p.m., with its usual range of eye-catching floats and amateur and professional musicians and dancers. Older kids might be interested in catching Louis Walsh’s newest boyband, the six-piece HomeTown, who will be performing live alongside local girl band Saffyre at the outdoor concert at Custom House Square between 1 p.m. and 3 p.m. 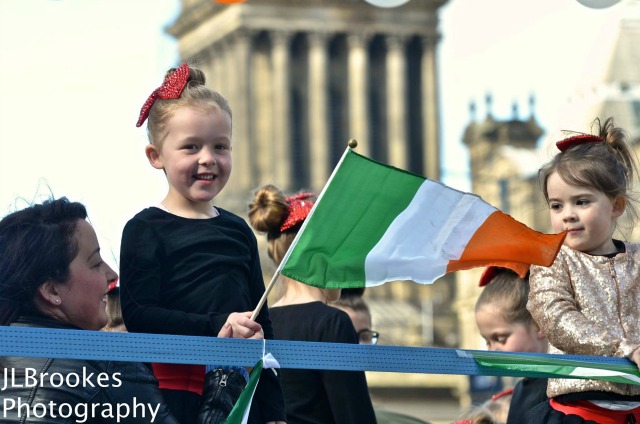 This year’s Leeds St. Patrick’s Day Parade takes place on Sunday, March 15 from 10:30 a.m. to 4 p.m. It’s a great day out for all the family, with entertainment from the city’s traditional dancing schools and local musicians. The organisers promise “a few more surprises during the course of the day.” 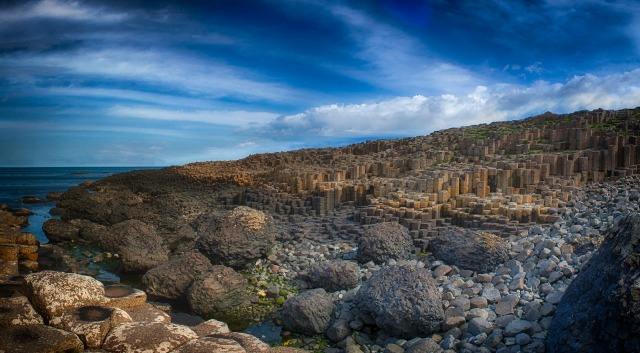 The St. Patrick’s Festival Weekend at Giant’s Causeway takes place from 11 a.m. to 4 p.m. on Saturday, March 14 and Sunday, March 15. Follow the family-friendly treasure trail for your chance of winning a pot of gold, then enjoy face painting, balloon modelling and lots more arts and crafts to a soundtrack of traditional Irish music. 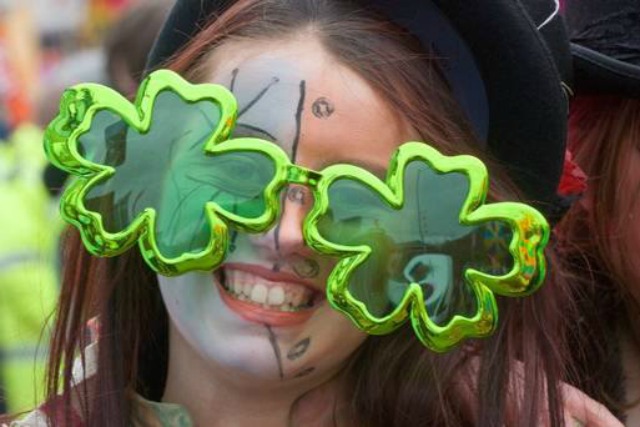 Frozen fans will want to be at Derry’s Quayside Shopping Centre between 2 p.m. and 4 p.m. on St. Patrick’s Day as Elsa and Olaf will be making a very special appearance. At the same time your little ones can get their faces painted and enjoy other Paddy’s Day treats.