You might remember Miss Lori from her run on PBS Kids Preschool Block from 2006 to 2009. At least, that’s how I know her best: her cheerful, yet calming voice and presence popping up in between Sesame Street and an episode of Arthur. Many kids (and their parents) spent their toddler years tuning in to Miss Lori as she talked about the ABCs and 123s. But where is she now and what is she up to?

I had the pleasure of chatting with Miss Lori while she was driving to put on a concert for a North Chicago elementary school in conjunction with WTTW PBS Kids Chicago. “It’s part of our ‘Readers are Leaders’ tour,” she tells me. “Over the years we’ve really been able to connect with the community to use my music, my messaging, my physicalization of the imagination to help children embrace literacy.”

It’s exciting to hear how she’s building upon what she was doing while on air at PBS. It’s even more interesting to hear how she got to PBS in the first place. Performing has always been in Miss Lori’s blood, as she turned to acting to work through some horrible childhood traumas including sexual abuse. She found the stage to be a place of escape and quickly grew to love all aspects of performing. After her first child — a son, now 17 — was born, she attended baby music classes. Her son, an early mover and shaker, walking at 9 months, felt out of place at these classes where most babies sat placidly on their parent’s lap. “I believe that children should be inspired to move,” Miss Lori tells me, with her son as her number one inspiration. So she took matters into her own hands and created Miss Lori’s CAMPUS.

Soon, Miss Lori had a local following and a CD out. It was around this time that she saw the casting call for a national PBS Kids’ host. She was invited to local auditions, but was a bit jarred when she showed up. “When I walked in the room, everyone was white, 30, and had a guitar,” she recalls. “I immediately walked out of the room and called my agent, because unfortunately — in the business — color does have an effect, and I have been sent mistakenly on what would be considered a ‘white call,’ and I wanted to make sure that was not the situation here.”

Yet, she was exactly what PBS wanted. In fact, in addition to being the first live host for kids’ programming at PBS, she was also the first black host. Miss Lori was breaking ground in all sorts of ways, and this continued even after she left PBS in 2009. She continued to perform, finding a true love in kid-filled audiences. An early adopter of social media, she quickly grew a devoted following via Twitter and Facebook.

Now she uses her growing social media platform to talk about all sorts of things from race to social justice to sharing pieces she’s written on topics like her daughter’s choice to shave her head. 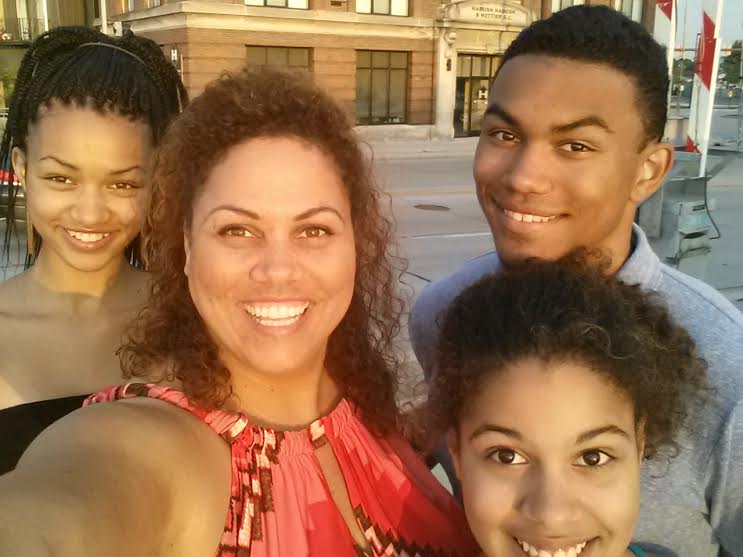 Bridging out beyond the “safe” image of a PBS host to talking about important topics that mattered to her was a bit of a gamble at the start. “No one really thought of me as being a black person — they thought of me as Miss Lori,” she explains. “When the Trayvon Martin case came out… I very carefully and calculatedly essentially announced to the world, ‘By the way, I am black!’ It was a difficult transition for some people, and some people pulled away because they didn’t like it. They didn’t like having to face the fact that I had issues that I was concerned about, that I felt strongly about, that I was asking them to think about. They just wanted me to be Miss Lori. So that was a hard transition, but I thought it was vital. That was a big turning point and I’m proud of that.”

Miss Lori thinks that talking about race so plainly may have held her career back, but at the same time, she has reached so many people who may not have thought of these issues in the first place. Looking at what might be coming up next for her, Miss Lori shares that her “future is real fluid. But what I know is that whatever I do, it will be about igniting and inspiring people.” On that, I have no doubt.

Most inspiring mom blogs
How far would you go for your kid’s education? One mom went cross country
Meet a mom who lived every kid’s dream by going to Space Camp

4 hrs ago
by Irina Gonzalez