Simon Ragoonanan, a former television producer, is a stay-at-home dad to a 3-year-old girl. Until recently, he picked out her clothing each morning. But he recently decided to empower her by giving her the opportunity to choose her own outfits. Now she’s been expressing her own sense of style, and it’s an adorable mix of geek culture and little-kid chic.

“Since she’s turned 3, I’ve decided to stop doing that, as I’m trying to raise an independent, empowered girl. I’m kind of sending mixed messages if I decide what she wears every day!” he says. “So every morning, she chooses herself.”

Ragoonanan, who writes at Man vs. Pink, isn’t a fan of what he refers to as “princess culture,” but he isn’t against his daughter being feminine. “I want my daughter to be her own girl and then woman, but with such marketing force trying to sell to her and define what they want girls to be, I feel I have to compensate a bit, so I’ve always encouraged her to wear the geeky stuff — as much to show others as well as herself that being ‘girly’ doesn’t have to mean pink and ‘princessy.'”

He loves that female superheroes in particular are feminine but not passive. When his daughter plays with superhero toys, she often changes the characters’ genders and refers to them as girls. It’s been difficult for him to find superhero and geek toys clothes that depict female characters. He has no problem finding Wonder Woman shirts for his wife, but it’s nearly impossible to find them for toddlers. 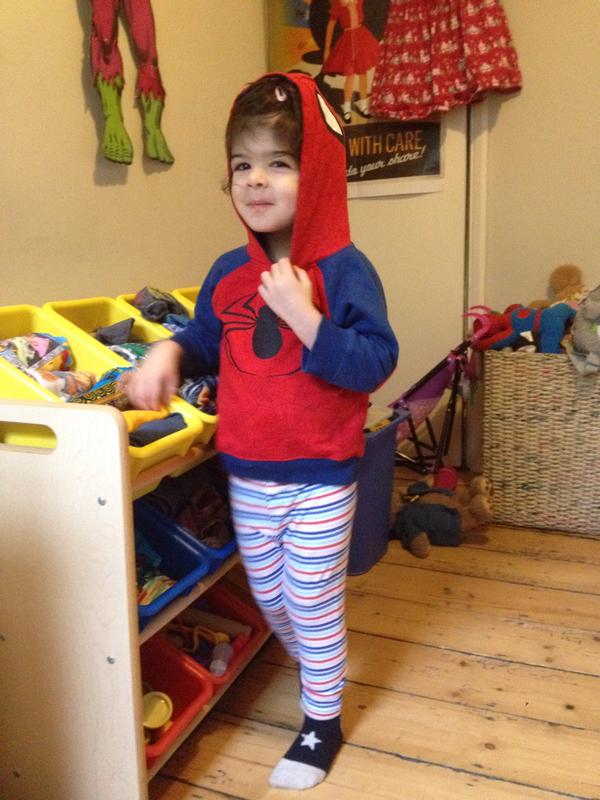 “Anything with the Batman or Superman symbol we always call Batgirl or Supergirl, even though it’s not intended to be,” he says. Ragoonanan and his daughter aren’t the only ones who have noticed how often female characters are erased from merchandise for children.

Ragoonanan often shares his daughter’s outfits of the day on Twitter, where he promotes gender-neutral toys and representation of female characters in toys and clothing. It’s clear his little one has her own unique sense of style. She pairs Spider-Man with colorful stripes and superheroes with skirts, making it adorably clear that kids love to express themselves and what they love through pint-sized fashion.

Now let’s get this little girl some Princess Leia shirts! 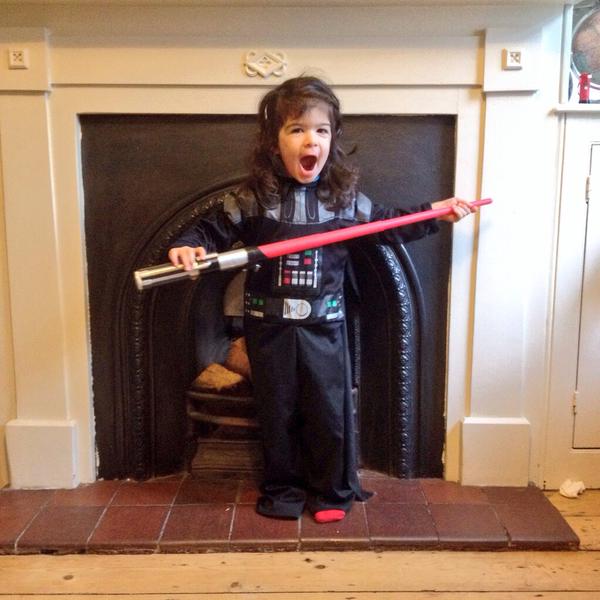 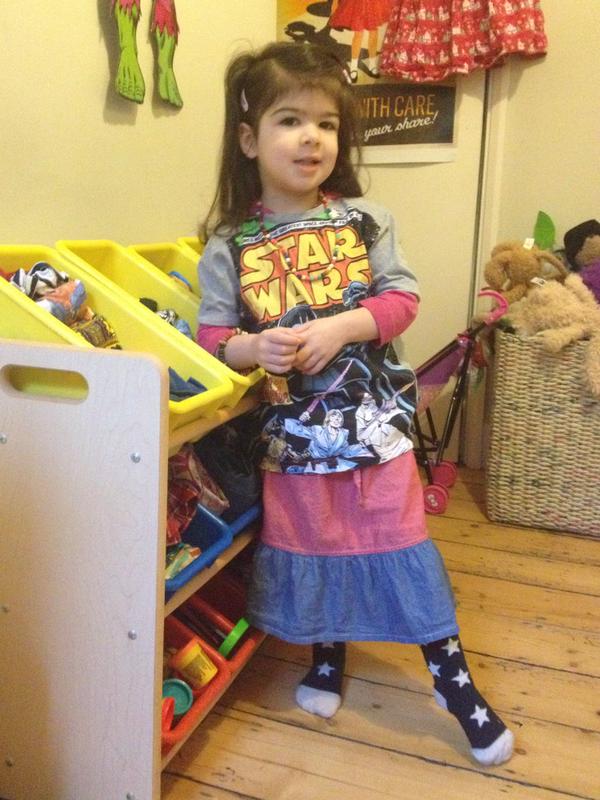 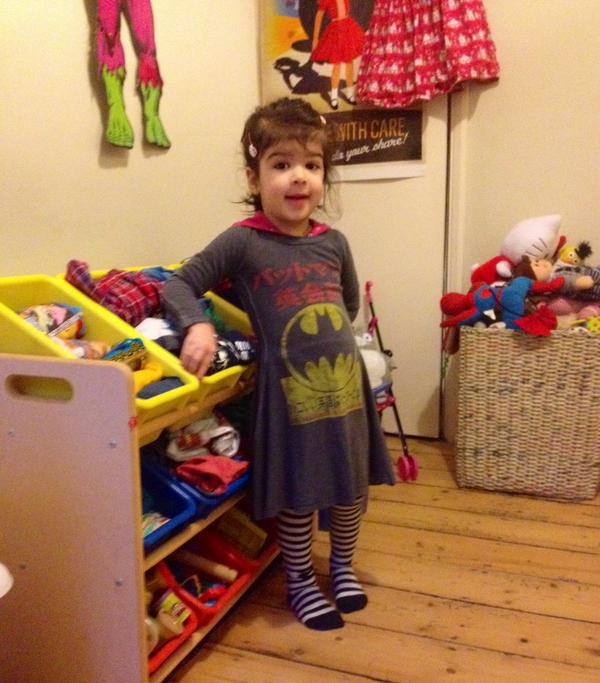 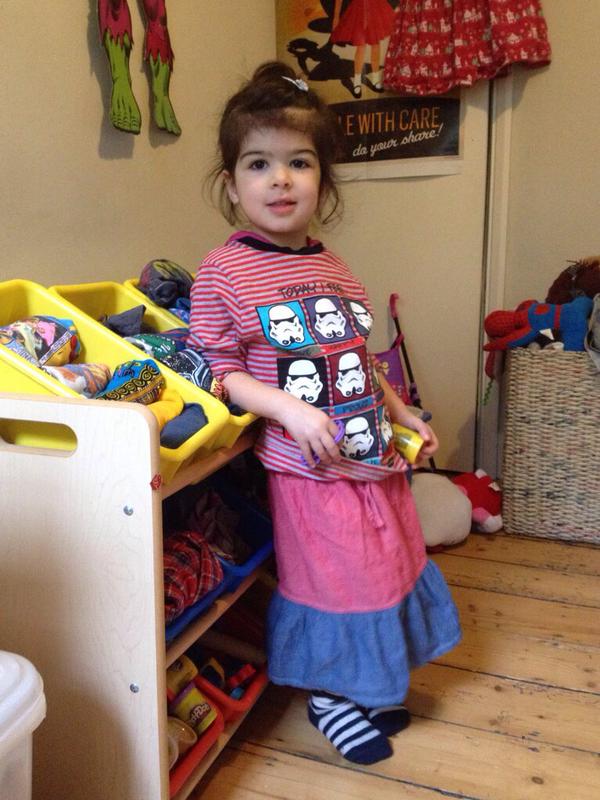 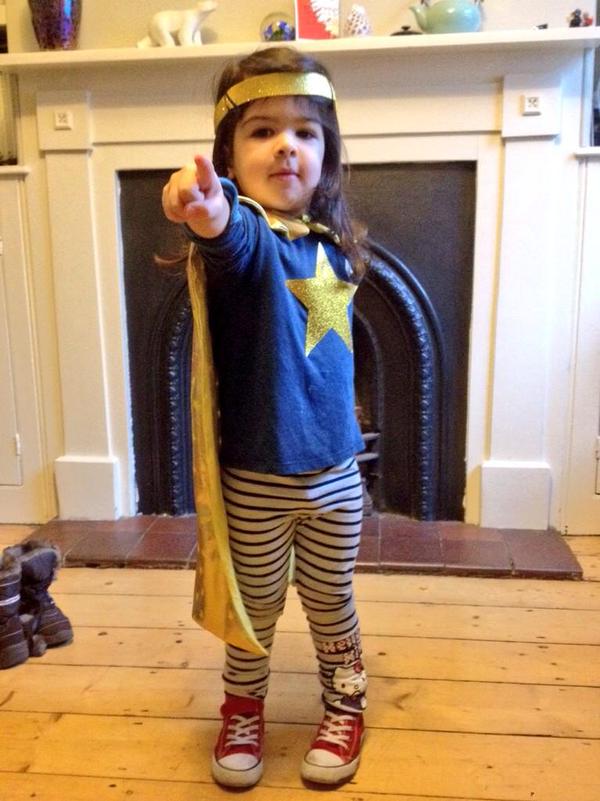 More on gender and kids