Parents are banned from giving their children iPads or electronic devices in Taiwan. Do their lawmakers have a point, or are they just ruling out a necessary tool for both education and play? 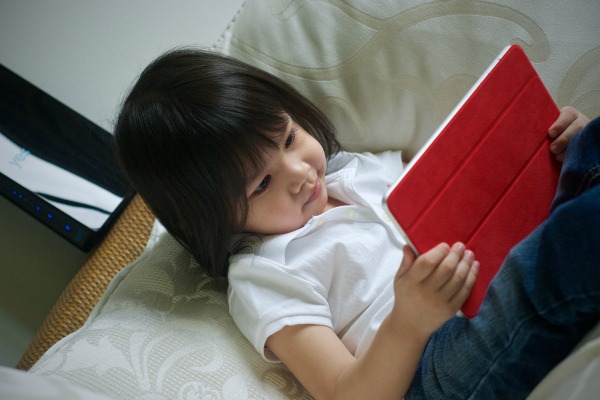 I can kind of envision the type of mum I’d be. Loving, sure, but eager to keep a little one quiet, engaged and did I mention quiet? So I can wholeheartedly understand why some parents give their children iPads — they keep even the most boisterous of kids entertained for hours with just a few swipes of their chubby little fingers.

It just takes a simple trip to see a friend who has small children to realise keeping little ones engaged and active and excited and entertained and alive all at once, while you’re trying to cook lunch or entertain guests or just go to the loo, is damn hard work.

More: Toddlers and iPads — is it too soon?

And these are just the requests of a child in the first five minutes of seeing them. I can’t imagine what it’s like to entertain all the built-up energy and creativity all day, every day. So, yes, I get it. I understand that there are times when an iPad is a saving grace, when it means the difference between pulling your hair out in frustration and sitting down for a five-minute break or taking time out to do some errands around the house. If the iPad is your saving grace, good for you. I commend you.

I also understand that some parents are super anti-iPad or any electronic or non-chemical-free toy. I get that, too. Because in our restrictions we allow creativity and possibility. When a child is restricted by what they can play with, they’re invited to use their creativity and their minds so much more. A friend once told me that she and her husband had decided not to buy any toys in the first few months of their toddler’s life because, as she put it, “He has hours of fun just playing with a shoe.”

Give a toddler a cardboard box and they will look at it, play with it, attempt to chew on it, bang it onto the floor, which they will probably think is hilarious, and will spend hours engaging with this fascinating new object they’re encountering for the first time. So, when little ones, and I’m talking 2 years old and under here, can be entertained with the simplest of things, why should we revert to giving them iPads?

More: 10 Minutes with a modern parent

Taiwanese lawmakers seem to know where I’m coming from on this, because they passed a new law last week that makes it illegal for parents to give children under the age of 2 an iPad or any electronic device.

The restrictions extend to older kids, too. Children under the age of 18 aren’t allowed to “constantly use electronic products for a period of time that is not reasonable,” although that reasonable length of time hasn’t been released. Alongside addictive vices like cigarettes and alcohol, electronic gadgets have been restricted by law. This comes after a recent report found that more than 7 per cent of people in Asia are addicted to the internet.

What do you think? Do children spend too much time on iPads? Should Australia follow suit and ban children from using technology gadgets, too? Share your thoughts in the comments section below.

More on children and technology

51 mins ago
by Cristina Velocci