Anti-vaccine advocate, Dr. Sherri Tenpenny, is scheduled to do a tour in Australia in March, but parents and medical professionals are calling for her to be banned from entering the country, saying her message is dangerous and irresponsible. Should she be banned from the country or is that just a violation of free speech? 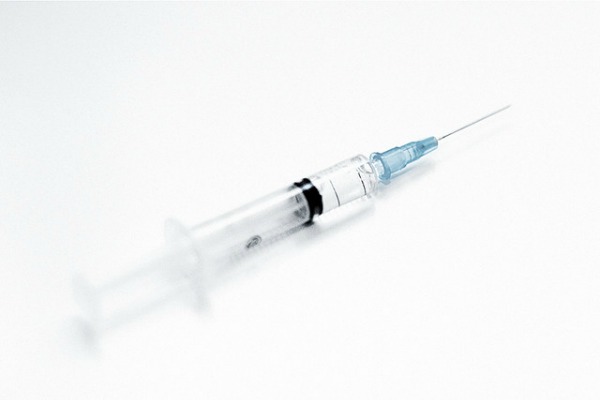 Using a combination of holistic and conventional therapies, Dr. Sherri Tenpenny is a board-certified osteopathic medical doctor from Ohio. She’s a published author about anti-immunisation topics and has also appeared on television programs including The Dr. Oz show, according to her website. But when word was released that she would be coming to Australia, the backlash began, with doctors and parents alike attempting to ban her from entering the country.

The controversy lies in her stance on child vaccination. She’s against it. And she plans to tour Australia warning parents of the dangers in having children immunised. Her book, Saying No to Vaccines, explains why vaccines are “detrimental to yours and your child’s health” and goes on to link autism, ADHD and auto-immune disorders with vaccines, calling them “vaccine injuries”, saying her theories have not been disproven by clinical study.

“Each shot is a Russian roulette,” she said in an article titled “The Ten Reasons to Say No To Vaccines”, in 2011, as reported by the ABC. “You never know which chamber has the bullet that could kill you.”

According to a study undertaken by the University of Sydney, involving more than 1.25 million children, there was no evidence to indicate the relationship between common vaccines and the development of autism. Fellow anti-vaccine campaigner, Stephanie Messenger, from Brisbane is the organiser behind Dr. Tenpenny’s six-series seminar.

“She’s only been to the CDC (Center for Disease Control in the U.S.), so a government place — and got all the information and I think parents have a right to know what the government knows and is not telling people,” Messenger told the ABC.

She added that if Dr. Tenpenny isn’t allowed to tour the country, people “clearly don’t believe in freedom of speech. They do believe in censorship and they don’t believe that parents have a right to have information,” she said.

Mother to one, Phoebe, of Brisbane, says she and her partner have chosen not to immunise their 1-year-old son because of the little information available to them about immunisation and the side effects.

“We personally know too many people who have been adversely affected by vaccination, some very seriously, to put our baby through something that has yet to prove as effective or, more importantly, as safe as big pharma claims it is.

“I’m neither pro or anti-vaccination, because I have no issue with what other parents choose to do, as every family has different needs, but our first concern with vaccination arose when we started asking doctors and nurses for unbiased information on vaccination and the only information available was the same booklets produced by the health department.

“They gave no solid information on safety and this was troubling to us,” Phoebe says.

Mother of one, with another on the way, Kimberley, of the Sunshine Coast, says that while she disagrees with Dr. Tenpenny’s views, she doesn’t believe the controversial doctor should be banned.

“It doesn’t make sense, to me, to put my children at risk of age-old fatal and crippling diseases when the research, the studies and the work has been done to put these diseases to bed!” Kimberley said.

“While I simply can’t get my head around promoting anti-vaccine, I don’t think banning her from the country is a good idea,” she said.

Pro-vaccine groups have asked the immigration minister, Peter Dutton, to deny the doctor a visa, banning her from entering the country, while some venues around the country have cancelled her event.

“As one of the leaders in a global anti-vaccine cult, Sherri Tenpenny represents a danger to Australian children and society as a whole due to her extremist and uneducated views regarding vaccination,” Ellie Aragon says in her petition calling for Dr. Tenpenny’s visa refusal. “She preys on the vulnerable, naive and uneducated who don’t question the outdated and unproven sources she selectively spoon feeds them.”

In the face of venues cancelling their involvement with the talks, organiser, Messenger, says they have been bullied into cancelling Dr. Tenpenny’s events. “It is very sad that they have given into bullying. They don’t believe in freedom of speech. Parents have a right to know all sides of the debate,” Messenger said.

What do you think? Should Dr. Tenpenny be banned from doing her talks in Australia? Share your thoughts and opinions in the comments section below.

More on child health and vaccinating

41 mins ago
by Sabrina Rojas Weiss

Cobie Smulders is Crunchy-Mom Goals & Uses ‘Etsy for Everything’

20 hrs ago
by Amelia Edelman

22 hrs ago
by Jennifer Mattern